Wahed is an online halal investment platform. Our aim is to make Halal investing accessible through a $100 account minimum and lower fees. We bring to you “Wahed’s personality of the week” where we share the stories of Muslim influencers from around the world.

Growing up in India, and moving to the states at the age of 22, Azhar Azeez managed to become one of the key members in two well-known organizations in the USA, Islamic Relief, and Islamic Society of North America. 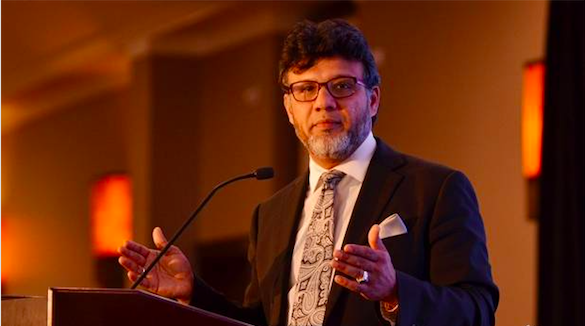 The vision of the founding fathers gives any individual the opportunity to rise and reach the highest position in the organization. I started my journey with ISNA as a volunteer, I was able to dedicate my time to build Masjids, supporting Islamic schools, and organizing community events and conferences. I soon became known at the organization, so based on my contribution and dedication I was able to reach the top. I served as the Vice President of ISNA twice from 2010-2014, and I was also elected as the President of ISNA in 2014 and re-elected to my second term in 2016.  My strengths were that I was able to put together conferences in different parts of the country such as youth forums, spiritual conferences, and interfaith forums.

The advice that I would like to give to the young Muslims living in America is that they should work hard, follow their dreams and know that education is extremely important. Malcolm X once said, ”Education is the passport to the future, for tomorrow belongs to those who prepare for it today.” We want them to focus on subjects such as journalism and mass media. We have seen that these two fields are untapped into a lot by many Muslim youths. The entertainment industry is also an important one for the youth to be part of, you can see how Hasan Minaj and Aziz Ansari were able to influence through their comedy, and humor; this is an area where muslims are lacking. In my humble advice,e they should always practice honesty and integrity no matter which field they decide to pursue. I have a lot of hope in them and I’m very optimistic with the Muslim American youth, my interaction with them in the last 20 years and meeting many at youth camps, conferences, conventions and social events have given me this strong belief.

When asked about how he saves for the future

I have an account with Amana mutual fund. I also have other avenues such as Azad where I have made some contributions. A  quote related to saving which I really believe in and one that I remind others of is “Those who fail to plan are actually planning to fail”  It is very important to save for the future.

As told to Lana Khalid exclusively for Wahed Invest; transcript edited for clarity.