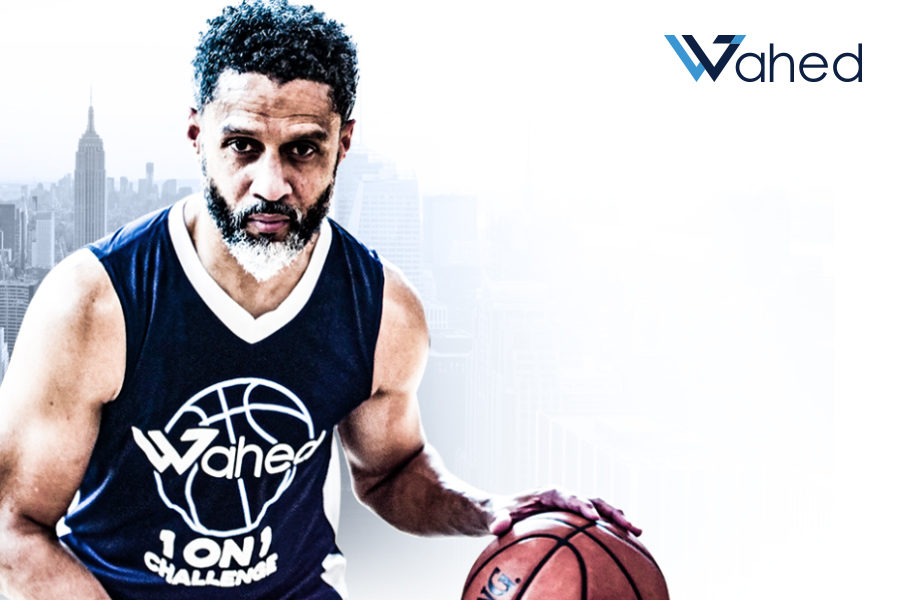 New York, USA, March 1, 2019 —  Wahed is excited to announce that is will be hosting a 1-on-1 basketball tournament with NBA Star Mahmoud Abdul Rauf in collaboration with the Muslim Communities in New York, Dallas and Los Angeles in March and April of 2019.

The main attraction in the Wahed 1on1 Challenge is that Mahmoud Abdul- Rauf is a very accomplished former NBA player and currently a BIG3 superstar.

The tournament will kick off on March 2nd in New York. Competitors will play against each other at qualifying rounds where the top eight advances to the Finals. The winner of the Finals in each city plays in an epic 1on1 game with Mahmoud for the King of the Court. If that winner musters up enough energy and skills to beat Mahmoud, he will walk away with $1000 cash prize, plus $2000 will be donated to a mosque of his choice.

In an interview with Mahmoud, the legend shared his excitement about the tournament and how much this challenge means to him. While he showed his competitiveness and mentioned how it would be difficult to beat him, he also recognizes the deep talents and skills that are in the communities across the US.

Basketball is one of the fastest growing sports among young adults, especially in the Muslim community. According to Mahmoud, “It is because you don’t need a lot of money to play basketball and you can play 1 to 1, 2 to 2 or 3 to 3”.  It is a sport that gathers people from different backgrounds, religions, and cultures. Basketball made his transition to Islam easier because Islam demands the same type of dedication, energy, effort and perfection in whatever we do.

Mahmoud had to overcome many challenges in his life. Born in Mississippi, Mahmoud was raised by a single parent, suffered from poverty and Tourette syndrome at a very young age. All these factors motivated him to change his situation and to pursue a brighter future.  Hence, his advice to youth is to set their goals ahead of time and not only make the decision but also take action.