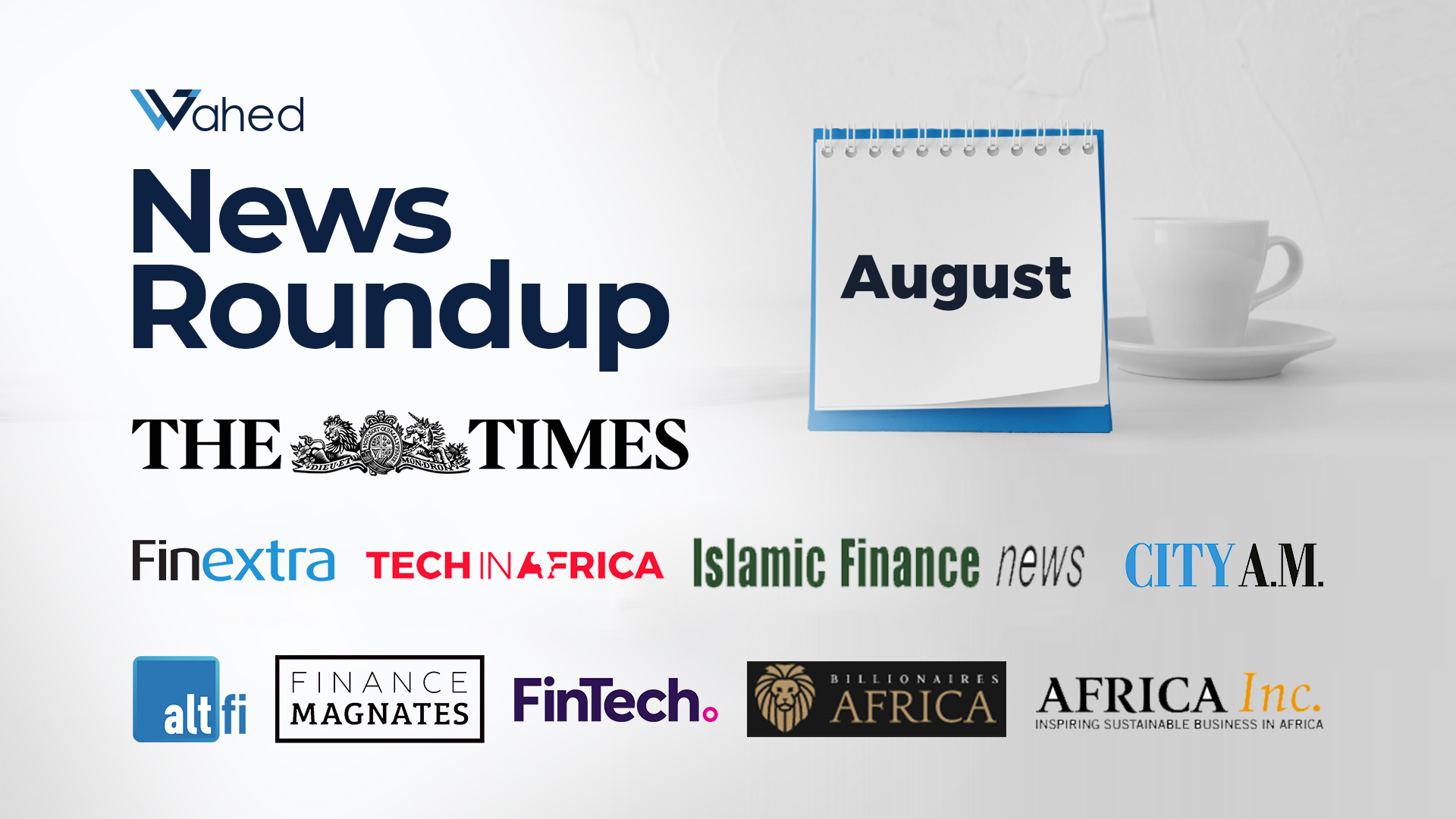 Wahed in the News – August Roundup

While August is traditionally a quiet month for many industries, including the fintech sector, Wahed was exceptionally busy during the last weeks of summer, as it continued to make significant progress – and headlines – on multiple fronts.

Wahed’s brand-new app in the U.K. was featured in The Sunday Times. The article covers Wahed’s six different investment portfolios and how users can now invest in an ordinary account, a self-invested pension (SIPP), and stocks and shares ISA through the mobile app.

Junaid also spoke to City AM in an exclusive, in-depth interview on the growing Islamic fintech market and the pivotal role the UK is set to play. According to recent data from Dinar Standard, the sector is estimated to reach $128bn by 2025, which is a 161% increase from 2020’s forecasts.

And these are not the only figures being bandied about. Business Insider featured Wahed in its piece on how ‘Muslim entrepreneurs are tapping into the $2 trillion halal economies’, detailing how Wahed is filling the gap in demand from younger generations for services that cater to their beliefs. With the importance of the UK market in mind, we were also delighted to announce our partnership with WealthKernel as part of our launch in the region, having previously joined forces in 2017 for our robo-advisor, the world’s first automated halal advisor of its kind.

Away from the UK, we’re incredibly excited to share the news that Wahed has been granted a new regulatory license from the Financial Sector Conduct Authority (FSCA), the regulator of South African financial markets. Acquiring this is a huge achievement and will address the severe economic inequality in large parts of the continent. The news was covered by several outlets, including Finextra, Finance Magnates, and Islamic Finance News.

Many South African outlets also picked it up, including Tech in Africa, Africa Inc and Billionaires. As we push for international expansion, our regulatory license in South Africa takes us up to nine across the globe. Commenting on the new permit, Rashaad Kalla, our General Manager for Wahed in South Africa, said: “We are delighted to provide financial products that put the customer first. South Africa has a thriving fintech ecosystem, an established banking sector and a population that is hungry to reap the benefits of a new and better way to invest.”

In addition to our UK and South African news, Wahed took time to weigh in on some critical discussions surrounding climate change. In a piece for Finextra, Umer explained how the fintech community is responding to the challenge, particularly Wahed, which is offering ethical and sustainable investments to people wanting to use their money to help play a part in stemming the crisis.

Umer also penned an opinion piece in FinTech magazine on ethical finance and the rise of impact investing.

We’re proud to feature in such diverse publications. We’re continuing to go from strength to strength, so stay tuned for further updates in the coming months!