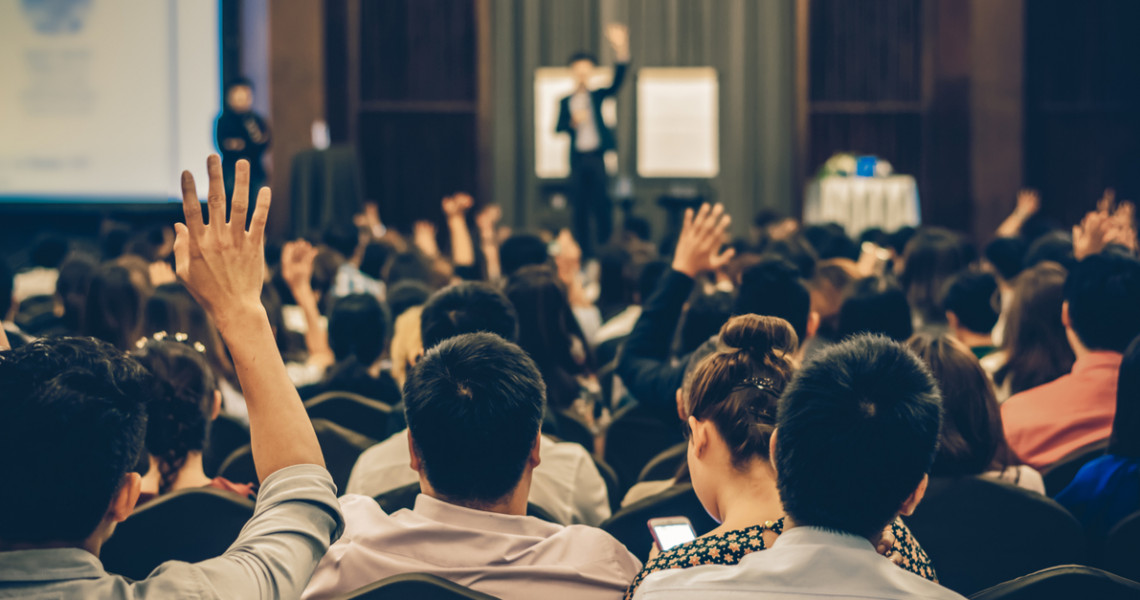 On April 20th, in the midst of a busy and well-attended 2019 ICNA Convention in Washington DC, Wahed hosted the first-ever Town Hall Meeting on Halal Investing and Wealth Creation in the USA with the scholar, author and lecturer, Imam Suleiman Hani and Wahed’s VP of North America, Saad Zariff. The Meeting was moderated by Wahed’s Marketing Manager for the U.S., Salaudeen Nausrudeen.

The Town Hall kicked off with an introduction by Imam Suleiman Hani who discussed the objectives of wealth in Islam using examples from the life and times of the companions of the Prophet (m.p.b.u.h).  He also spoke about the importance of wealth creation for American Muslims which would provide the financial resources to realize personal and collective purposes.

According to Nausrudeen, “we decided on a Town Hall Meeting format because we wanted to provide a forum for Muslims to ask their questions about halal investing, rather than preaching to them.”

“Wahed is transparent; and we live in a time where customers are younger, smarter and expect transparency and that’s what we provided,” added Nausrudeen.

The packed room of attendees asked a wide range of questions, which were graciously answered by the panelists.  During his responses, Imam Hani spoke about his personal interest in investing since he was fourteen, the development of which he credited to the many wealthy Muslims in his community.

Actively engaged with the public

During the Convention Wahed also interacted with hundreds of its clients and the general public at its booth.  It is apparent that Wahed is gaining tremendous interest among American Muslim investors who are looking for an easy, simple, affordable with diverse portfolios to enable their investing journey.

Wahed also sponsored fun and informative game which quizzed contestants on the nature of certain investment and whether they would generally be considered permissible to hold or not. In keeping with the spirit of the Town Hall theme itself, many contestants learned that even traditionally ‘safe’ equity investment options, like 401k and IRA, might not be considered halal depending upon their underlying compositions.