The exuberant rally in global stock markets that marked 2019 continued into most of January 2020, brushing off concerns around U.S.-Iran tensions and other geopolitical headlines

Towards the end of the month, nervousness crept back into markets as concerns increased around the coronavirus outbreak in China, despite many market strategists believing the ultimate economic impact of the virus will be minimal

As of the time of this writing, there have been over 40,000 confirmed cases and 910 deaths from the virus (Source: Bloomberg), drawing parallels to the SARS virus in the early 2000s, which infected about 7,000 people and killed 774

During this stretch of heightened market volatility, “safe haven” assets, such as gold (+5%),  the US dollar (+0.5% vs GBP), and fixed income (sukuks, +1%), performed strongly

Also in January, we saw the United Kingdom formally exit the European Union, though details around a trade agreement between the U.K. and EU are yet to be determined. Headlines around Brexit will likely persist over the 11 month transition period, so associated uncertainty is unlikely to completely subside

Looking forward to the rest of 2020, investors will closely watch the results of the U.S. Democratic Primary elections, as well as the general election later this year, which will likely create added uncertainty and weigh on sentiment 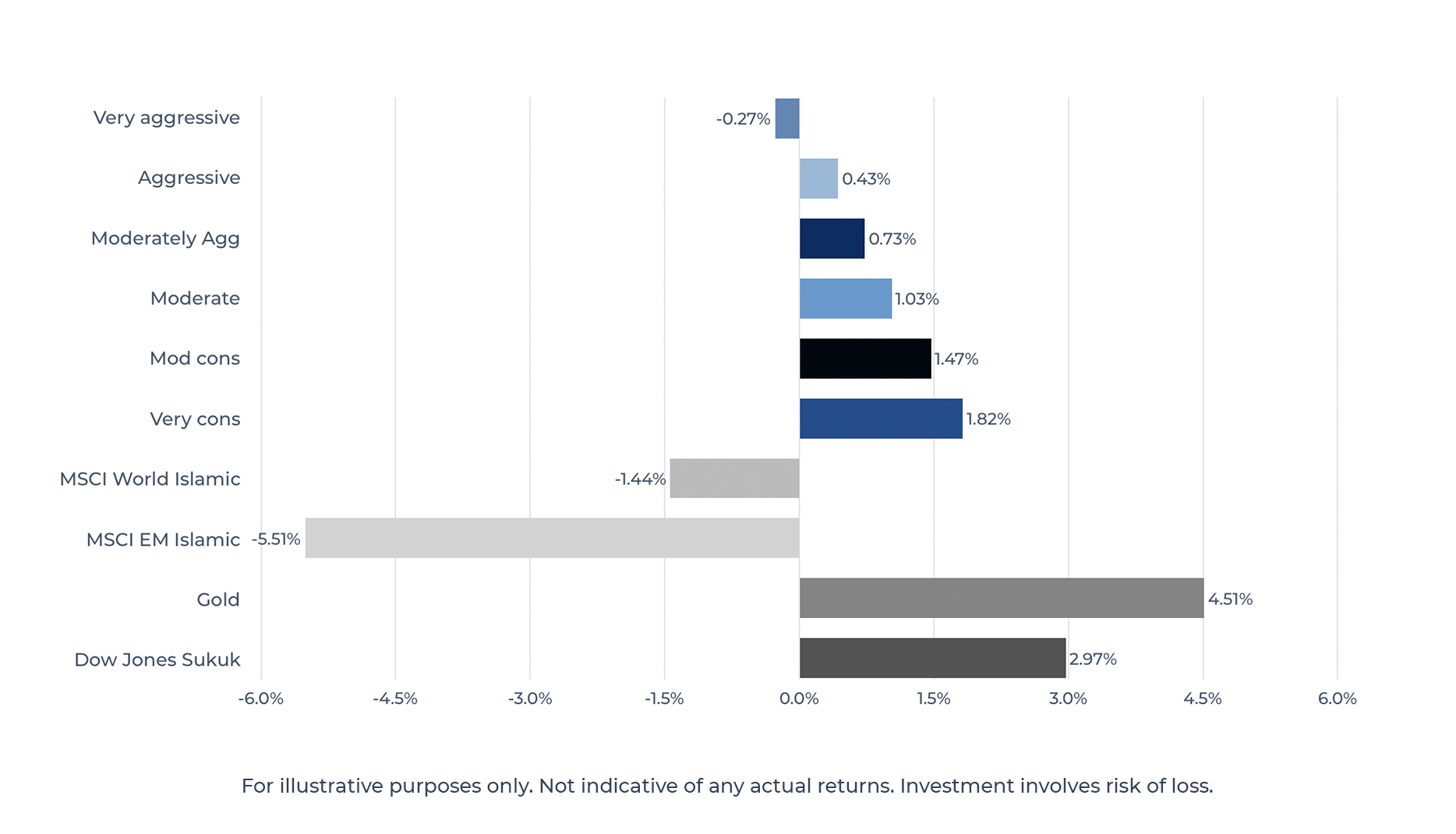