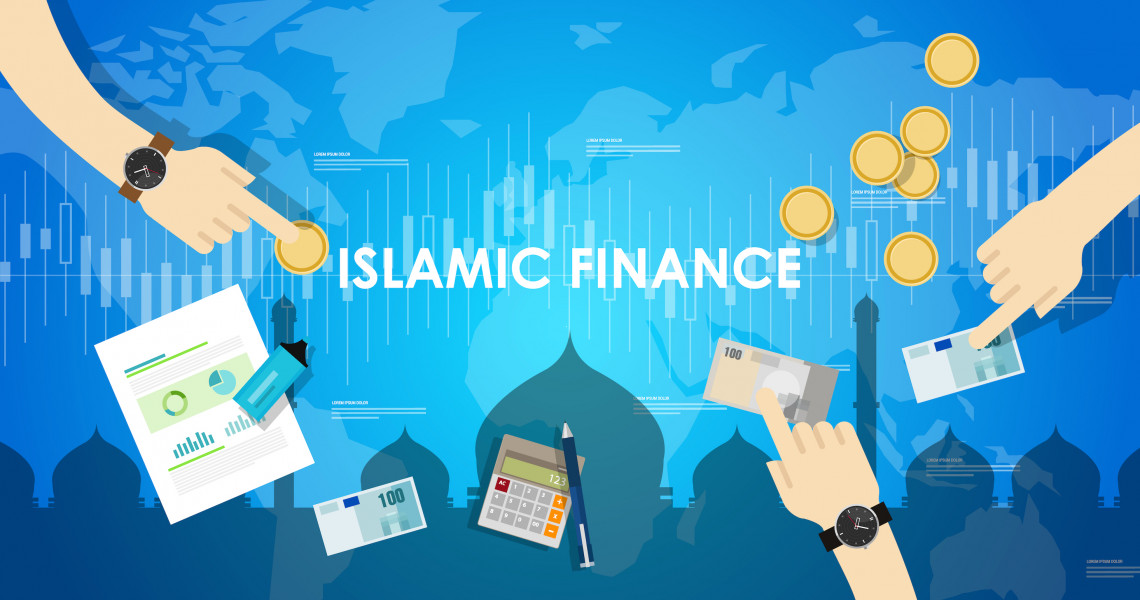 
There has been increased interest in exploring ways Islamic finance can achieve a social purpose.  The backdrop for this rising interest is a wider trend where new approaches are being taken in relation to responsible finance, including socially responsible investment, ESG (environmental, social and governance), Islamic finance and impact investing.

In the capital markets, there have been many approaches that take into consideration sustainable, responsible or impact (SRI) investment criteria in practice.  Before looking at the recent issuance under Malaysia’s SRI Sukuk Framework, it is helpful to realize that the entire sukuk market can be considered, in a way, an application of an SRI approach to capital market issuance.

The approach taken in sukuk issuance on a large scale is to develop a capital market instrument that works like a bond but which is subject to specific ethical criteria.  Like a lot of the responsible finance activity occurring in the 1990s and 2000s, the mechanism for including ethical values into financial products was exclusionary in nature, a blunt tool to be sure, but appropriate where the ethical values involve outright prohibitions (subject to reasonable de minimis exceptions).

The growth of new responsible finance products is generally slow as new innovations are launched and often see slow growth for a few years until gaining traction.  There is often a gap until the market gains an awareness and appreciation about whether a financial product represents something useful or not.  This process has repeated itself in both sukuk and in green bonds and it remains an open question about whether SRI sukuk (which to clarify, should include green sukuk) will follow a similar growth trajectory. 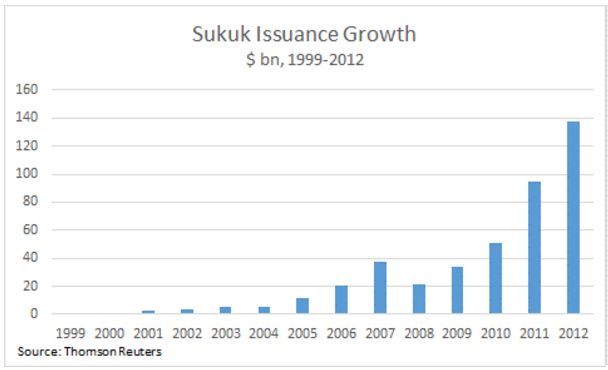 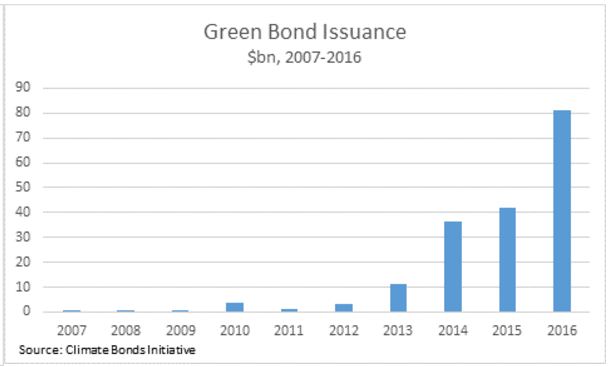 Above are charts showing the growth periods for sukuk and green bonds for the periods when they were introduced and grew into accepted and mainstream parts of their respective sectors.  Each of these financial products are recognized as being revolutionary but that revolution was slow to develop.  For sukuk, the growth only really began to accelerate in an economically meaningful way after 2004 despite the first sukuk being issued in 2000-2001, a 5-year incubation period.

For green bonds, the story is similar, with little acceleration of issuance to economically meaningful levels until 2013.  The six years prior saw some growth but relative to today’s volumes, earlier years are more or less a rounding error.  Part of the delay in development during the early years of green bonds was from the impact of the financial crisis.  But some of it was due to skepticism by mainstream investors that green bonds were not valuable on a financial basis, either due to issues of verification of green credentials (which would make financial value more important) or less liquid secondary markets because many early green bonds were smaller issues albeit issued by highly rated supranationals. 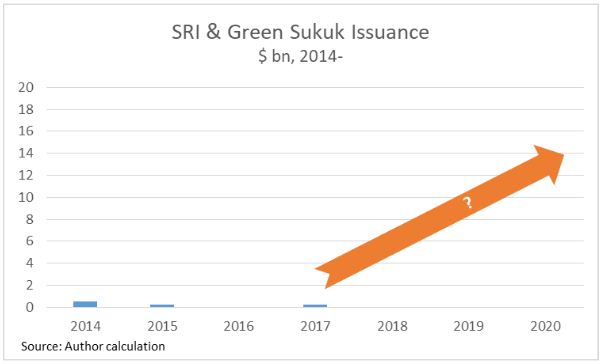 From that backdrop, it is not really surprising to see what appears to be stagnation in the SRI sukuk market.  Underneath these low numbers are significant developments that can lead to higher issuance volumes in the future.  For starters, the issuer base of the issuance to date shares similar characteristics of both sukuk and green bonds.  In sukuk, the leading issuers were sovereigns, including Bahrain and Malaysia, while in green bonds it was supranationals, including the World Bank, European Investment Bank and Nordic Investment Bank.

The issuer profile is important because these types of issuers (sovereigns and multilaterals) have the ability to focus on longer-term development and are not swayed primarily by finding the lowest, most liquid sources of funding.  Corporate issuers, in contrast, are much more likely to be driven by funding costs and in both sukuk and green bond markets, have come significantly later in the market development.

Within the SRI sukuk market, the main issuers to date have been the International Finance Facility for Immunizations (IFFIm), for which the World Bank serves as treasury manager, and Khazanah Nasional Bhd.  IFFIm was set up to transform long-term donor government pledges for vaccine funding into immediate funding for vaccine programs by issuing bonds into capital markets.  Khazanah is the sovereign wealth fund for the government of Malaysia.

In addition to the issuer backing of new types of structures, enabling regulations are important to build confidence for new issuers to join the market.  In the case of the IFFIm vaccine sukuk, it didn’t need specific legislation because it could rely on the World Bank’s position and track record in capital markets to gain investor confidence.  In the case of Khazanah, it also had a track record in capital markets having issued several innovative exchangeable sukuk including one in 2013 which priced at issue with a negative yield.

The first tranche of the RM 1 billion ($235 million) sukuk program was issued in late 2014 and funded the construction of schools in Malaysia.  Returns for investors will vary based on the success of the schools with higher rates paid to investors if the targets are not met over a 5-year period through investors foregoing 6.2% of the nominal value (effectively reducing the annual returns from 4.3% to 3.5%).  Investors are also able to turn the sukuk investment into a donation at any time.

In order to transform issuance by a few institutions that can issue using innovative structures on the basis of their good reputation in the market into a viable new area of the capital markets, regulations are very important.  They transform the efforts to develop a new market into a format that can bring issuers and investors together where otherwise it would be costly to develop and secure buy-in for market-led standards.

In the SRI sukuk space in Malaysia, these regulations were issued by the Securities Commission as a part of their sukuk guidelines in August 2014.  The SRI sukuk framework includes a requirement that proceeds from issuance are used only for eligible projects, which it outlines as those related to environmental/natural resource preservation, energy conservation, renewable energy use and other projects that reduce greenhouse gas emissions and those projects which improve the quality of life for society.

Within the framework, there are further requirements about the eligible project types which offers many types grouped under the headings of natural resources, renewable energy/energy efficiency, community & economic development and waqf properties.  This list is generally consistent with the list of projects eligible under both the Climate Bond Initiative standard and the ICMA Green Bond Principles but also includes social impact projects not related to environmental impact as well as waqf assets.

These regulations, of course, only apply within Malaysia but the prominence of Malaysia in Islamic finance makes it useful as a potential guide for other jurisdictions that want to facilitate SRI or green sukuk.  The guidelines, while not mandatory for issuers who are not issuing within Malaysia, could still be used by issuers outside of Malaysia in terms of deciding how to disclose the project assets included in an SRI sukuk and whether to appoint an independent party to verify the use of proceeds.  The Securities Commission’s SRI framework allows the use of independent reviewers for SRI sukuk sold to institutional investors and requires it for retail sukuk.

What the Future Holds

What I have not touched on, but which is included in the final chart above is what the future holds for SRI and green sukuk.  The growth in sukuk and green bonds suggests that there may still be some time ahead before SRI sukuk enter a big growth phase.  Both sukuk and green bonds spent 6 years in an incubation phase before issuance grew rapidly in an economically meaningful magnitude such that annual issuance exceeded $10 billion per year.

The market for social impact and green projects, of which SRI sukuk will be a part, is much smaller than the entire universe of bonds so that the same threshold may not be appropriate.  Economically meaningful labeled SRI and green sukuk may be closer to the $1-2 billion per year level.  Historical experience suggests that the industry may be 3-4 years away from reaching these levels, which is a long time.  However, other signs are more promising for growth sooner than that.

One sign that is more hopeful is that 2017 may see issuance of at least two more SRI sukuk, including one from a private sector issuer, Quantum Solar Park and another tranche from Khazanah.  In addition, other sukuk issuers that have not issued labeled SRI or green sukuk have used the structure to attract funding for green projects.

In 2016, Pakistan’s WAPDA raised Rs. 100 billion ($954 million) towards financing of a hydro power plant.  Within Malaysia, DanaInfra has issued several sukuk to finance the mass rapid transit in Kuala Lumpur which could be considered as being ‘green’ even if they are not labelled as such.  Globally, there is also significant potential for more labeled or unlabeled SRI and green sukuk from the Islamic Development Bank which has dramatically increased its financing of projects in member countries to address climate change mitigation and adaptation.

The future for SRI and green sukuk may not come in 2017, but the groundwork is being put in place that will support its future development.  Like the market for sukuk and for green bonds, the market for SRI sukuk has taken several years to come to the point where it can grow rapidly.  However, the increased demand for financial instruments and institutions that can deliver a positive impact for society, particularly within Islamic finance where the ethical framework calls out for richer integration beyond exclusions-focused screening, will ultimately support the growth of SRI sukuk.