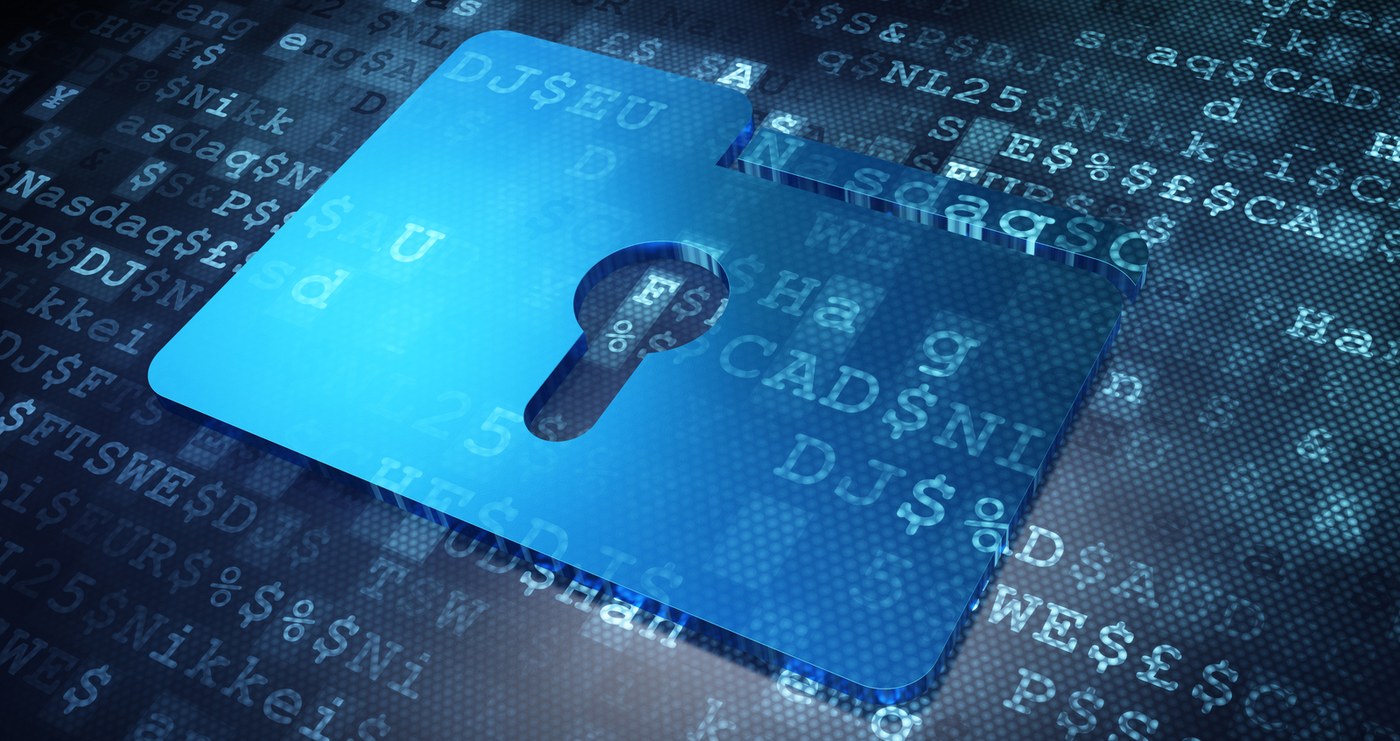 Contractual agreements are key enablers for trade and commerce which record mutually-agreed terms for execution or dispute resolution. Islam enjoins Muslims to put contracts in writing for fairness and accountability. As such, Muslim traders relied upon an Islamic legal and institutional framework for purposes of accounting and accountability, while Muslim scholars defined legal norms and acted as mediators in commercial disputes. Possessing written records is vital to the efficiency and transparency of commerce and for monitoring trade and agreements. Islamic law is the central institutional framework of being Muslim, and its inherent legal framework dictates, among other things, the ethical norms of business behaviour, to form the foundation for trust, equality and fairness.

As the world evolves, we use technology to operationalize the specific intents of the Shari’ah so that Islamic economic actors can be adept to more efficient (and less risky) ways of doing business. Reliance on physical documents leads to delays, inefficiencies and increases exposure to errors and fraud. Financial intermediaries, while providing interoperability for the finance system and reducing risk, create unnecessary overhead costs and increase compliance requirements. Smart contracts, on the blockchain or otherwise known as distributed ledgers, have the capacity to inject greater efficiency and productivity while saving costs associated with traditional contracts.

Many financial enterprises are exploring the use of smart contract technology for various applications across the banking, financial services and insurance sectors. As of now, prototypes developed have been simplified versions of a smart contract but more work needs to be done in key areas which will tackle legal and regulatory compliance, scalability and security, and the ability to code complex contracts which currently dominate the financial services landscape.

Here we attempt to give a brief overview of what a smart contract entails, understand the benefits of smart contracts over traditional ones, their current limitations and future directions, and explore use cases.

What is a Smart Contract and How Does it Work?

Smart contracts are a complex set of software codes with components designed to automate execution and settlement of contractual agreements. In other words, they are programmable contracts which self-execute the stipulations of an agreement when predetermined conditions are triggered. Once two or more parties consent to all of the terms within the contract, they cryptographically sign the smart contract and deploy it to a distributed ledger. When a condition specified in the code is met, the program automatically triggers a corresponding action. By removing the need for direct human involvement, a deployed smart contract on a distributed ledger could make contractual relationships more efficient and economical with potentially fewer opportunities for error, misunderstanding, delay or dispute.

Figure 1 : Smart Contracts on the Blockchain

There are several models of smart contracts being prototyped today but the basic blockchain-based technology uses public key encryption infrastructure (PKI) to encode the terms and conditions of a contract. PKI is a method of cryptography that uses of two types of keys. The first is a public key that all parties are aware of, and the second is a private key known only to its recipient. In a smart contract transaction initiated on a blockchain, the sending recipient encrypts their message into an unreadable ‘cipher text’ using algorithms or mathematical formulas, to protect and secure the data. Only the use of a private key can decrypt the ‘cipher text’ back into a readable ‘plain text’. The key benefit PKI brings to smart contract transactions revolves around security, as it is extremely difficult, if not impossible, to reverse engineer a public key to a private one, making it very resilient to failures or hacks.

Figure 2 : How the Blockchain Cryptography works for Smart Contracts

The smart contract is both automatable and enforceable. It is automatable by a computer or network of computers, although some parts may require human input and control. It is then enforceable by either legal enforcement of rights and obligations or tamper-proof execution.

The legal prose is linked via parameters (name-value pairs) to the smart contract code that provides execution. An executable software agent on the shared ledger will proceed to undertake various transfers of value in accordance with the legal prose. The parameters are a succinct way to inform the code of the final operational details.

The legality of financial smart contracts is yet to be established even in the conventional system. Initial steps have been taken in some countries to recognize distributed ledgers in their state courts, as should courts in Islamic jurisdictions. Accurate translation of legal terms and conditions into software logic is another key aspect to consider. The landscape to be explored includes increasing the sophistication of parameters from base types to complex higher-order types to business logic that could be admissible in court and potentially replace the corresponding legal prose into contract code.

In Islamic economies, legislators, regulators and governments should realize the potential for distributed ledgers in increasing transparency and ease of compliance and reporting. The push from these authorities will be instrumental in quickly overcoming legal and administrative hurdles.

Contracts or records stored on blockchains or permissioned ledgers eliminate the need for a central intermediary to provide trust in the system. For markets that do not use intermediaries, it is still a higher degree of trust than existing operations. By automating parts of business processes in the short run and possibly entire processes in the long run, smart contracts would significantly reduce the costs associated with areas such as compliance, record keeping, and manual intervention. A significant benefit from the power of the technology is in reducing costs, risks, error rates and reconciliation processes while allowing everyone to have a shared infrastructure. It frees up capital and assists with compliance and regulatory reporting.

In trading securities, for example, most securities, have a delayed settlement, with settlement times of T+2 or longer being common. Smart contracts have the potential to bring this down to minutes. This would also free up capital in the system by reducing mandatory collateral requirements for the trading of loans and derivatives and would thereby improve return on capital. With smart contracts, workflow can be made more efficient by providing each of the people or points in the workflow with greater visibility into the state of a particular asset in the workflow. At the next level, this could be possible among a group of companies with proper governance. Ultimately, when these smart contracts become admissible in courts, it would make the entire system operational and efficient.

Use Cases for Smart Contracts

Not only is there the possibility that smart contract technology could create efficiencies and hence savings for every category of monetary markets, investments, and other financial services like insurance/takaful but it might also reinvent industries within the economy. In order to illustrate this, we focus on some financial service areas which could benefit from immediate sizeable savings :

The migration of traditional contracts to smart contracts can be estimated to save billions of dollars in the trillion dollar size of the global Islamic Finance markets. They are indeed significant but do not come without challenges to be overcome, but it will be possible with the determination and resources to do so.

Due to the concerted efforts of blockchain-based smart contract initiatives, automated code-based contract technology is itself not the obstacle. The real obstacle is the human-centric legal processes. Currently, lawyers draft legal contracts, which are then negotiated and changed by possibly other teams of lawyers, and then the operations staff inspect the contract documents and/or other materials to identify the execution parameters that are then passed to code that may have been already written. Future improvements may lead from existing separate code and legal prose to source languages which can be automatically translated into both executable code and legal prose, with the prose being admissible in court.

Smart contracts present an exciting, transformative opportunity for the Islamic economy, particularly its financial services industry. The Internet of Transactions (the other IoT) is already in some ways possible because codification of legal agreements using proprietary and open methods are feasible today. For straightforward simpler processes, the technology exists, particularly in internal B2B scenarios in places where the installed base of legal infrastructure is low. In legal jurisdictions that have inherently less complexity, the opportunity to test and refine smart contracts is huge. In scenarios such as these, smart contracts may not take as long to become viable. More complex smart contracts and distributed autonomous functions, business units, and organizations involve much bigger challenges.

It is vital that the Islamic financial institutions move beyond challenges related to talent and smart contract innovation by forging strategic partnerships with experts in the space. In order to effectively partner with the smart contract startup ecosystem, it is crucial that Islamic banks, financial service providers and insurers develop an understanding of the smart contract landscape. They can also focus on conceptualizing entirely new products and services that are underpinned by smart contracts. The best results are likely to ensue from collaborative initiatives between accelerators, innovation labs, incubators, or direct with blockchain-based smart contract startups themselves in such innovation efforts.