The U.S. and China seemingly reached a more reconciliatory tone at the end of August, and the bullish tone carried forward into September, with markets retracing much of the losses that came the month prior

U.S. equity markets rose 3-4% during the month despite underwhelming economic data indicating an economic slowdown in the U.S., and continued weaker data internationally

In the face of the slowdown, the Federal Reserve and European Central Banks attempted to stimulate economic growth in their region by cutting short-term interest rates

In the U.K., PM Boris Johnson suspended Parliament early in the month, but was forced to reopen on a court ruling that he had acted unlawfully. Market strategists are still concerned about a no deal Brexit, as the October 31st deadline looms, but some feel chances of PM Johnson requesting an extension have increased in recent weeks

Despite short-term rate cuts, medium and long-end U.S. rates continued to rise gradually, which weighed on fixed income and sukuk returns for the month

Though gold has generated strong returns year to date (GLDM is up close to +15%), it was down in September. We still view gold as a key asset class across portfolios, particularly during times of heightened market concern and volatility. 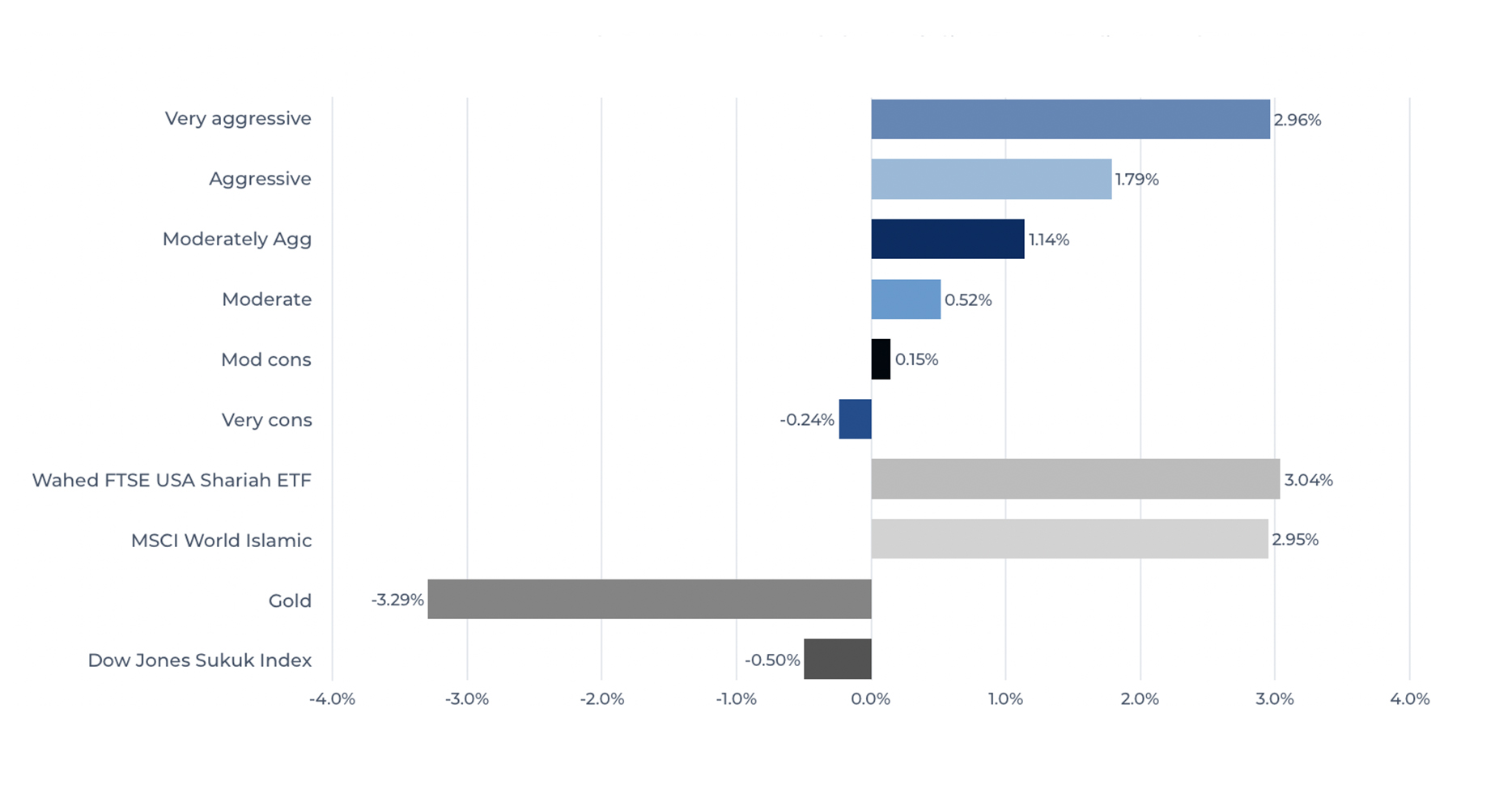