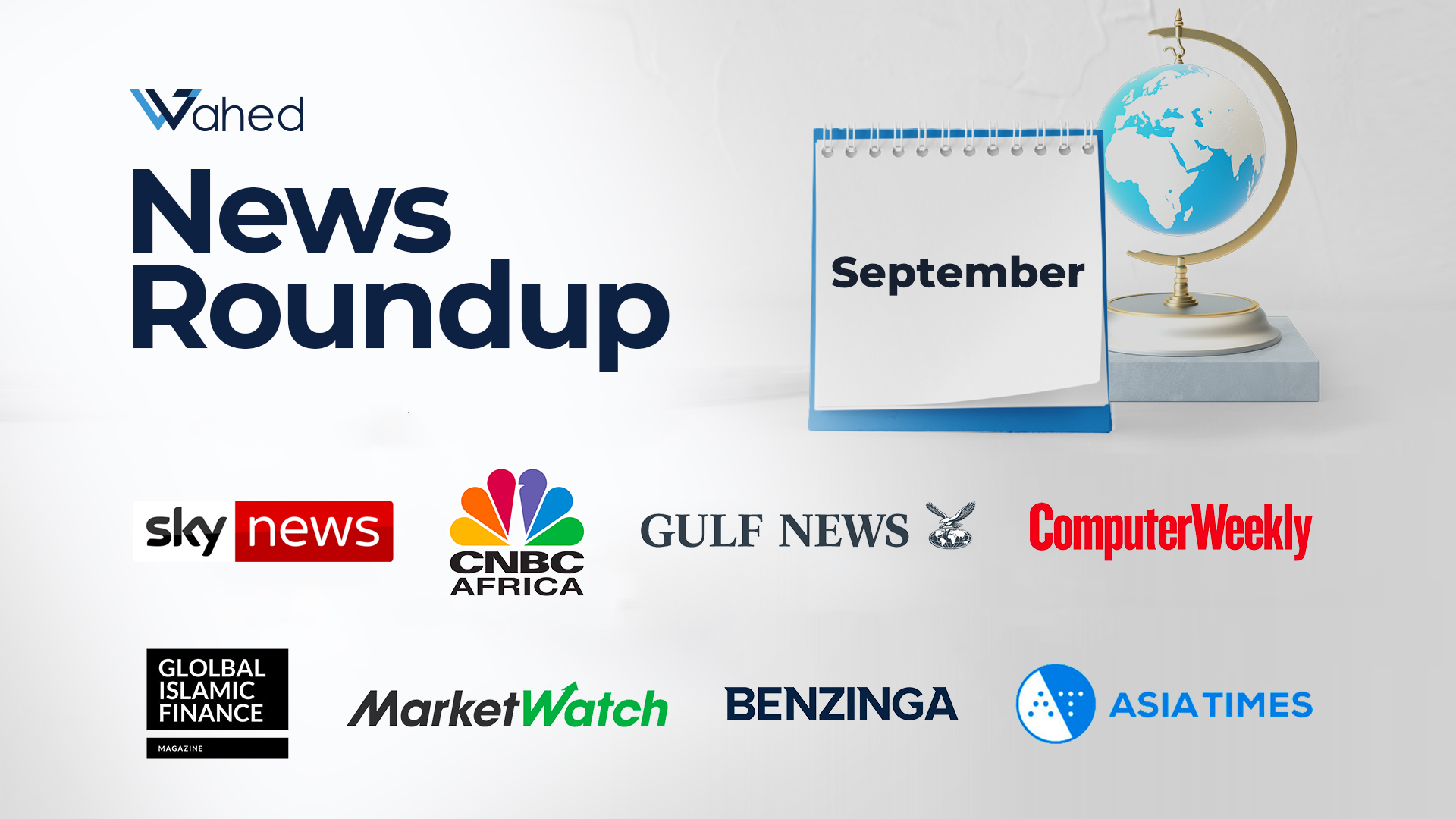 What a whirlwind September! It’s been an enthralling month for us, and we’re excited to share some significant updates with you.

First up, we are proud to announce Khabib Nurmagomedov, UFC World Champion and 2020 BBC Sports Personality of the Year, along with Team Khabib as our brand ambassadors. We announced the partnership as an exclusive interview with Sky News. It was also picked up by several outlets, including MarketWatch, Benzinga, and Global Islamic Finance Magazine, to name a few. Khabib also announced the partnership on his social media, getting hundreds and thousands of engagements worldwide. Stay tuned for how Wahed will be changing the game…

As well as Khabib’s appointment as the brand ambassador, we were also thrilled to announce that Jon Xu has joined the Board of Directors as part of our efforts to ramp up the leadership team. His wealth of experience and passion for financial inclusion makes him a fantastic addition that will help take our growth to the next level.

Previously, Xu co-founded and was the Chief Technology Officer of FutureAdvisor, part of the first wave of robo-advisor solutions to make high-quality investment management available to everyone. BlackRock acquired FutureAdvisor in 2015, where Jon continued to lead product design and engineering as Managing Director in the Aladdin Wealth Group.

Our global reach shows no signs of slowing down, especially in emerging markets. Our Chief Investment Officer Samim Abedi spoke to CNBC Africa’s Closing Bell about our plans to enter the Nigerian market next month. With a large financially underserved audience, our presence will be a crucial part of our expansion.

Nigeria as well as other countries around the world – particularly nations across Asia – are struggling to find solutions to financial exclusion and better banking services. In a piece for the Asia Times titled ‘It’s expensive to be poor’, Junaid writes about the rising wealth inequality that has been created by monetary policy and governments around the world which the pandemic has accelerated. The piece explores why the financial system has failed so many billions of people worldwide – and how fintech can help bridge the ever-widening gap between the rich and poor.

Junaid also spoke to Gulf News about how a lack of viable investment options for low and middle-income earners are contributing to this inequality, and how our platform is offering a solution for those who want to invest ethically, particularly among the younger generation.

Finally, big news for Europe’s female fintech entrepreneurs.  – Barclays Bank and US funding platform Anthemis are opening a lab that backs women in fintech across the continent. Commenting on the launch of Computerweekly, our deputy legal counsel Saima Naik said: “The shift in balancing ability and equality has now become a burgeoning need, and that shift can only be addressed by strategically recognising the potential of the diverse groups.”.

And that’s a wrap. Stay tuned and follow us for more news over the coming weeks and months!