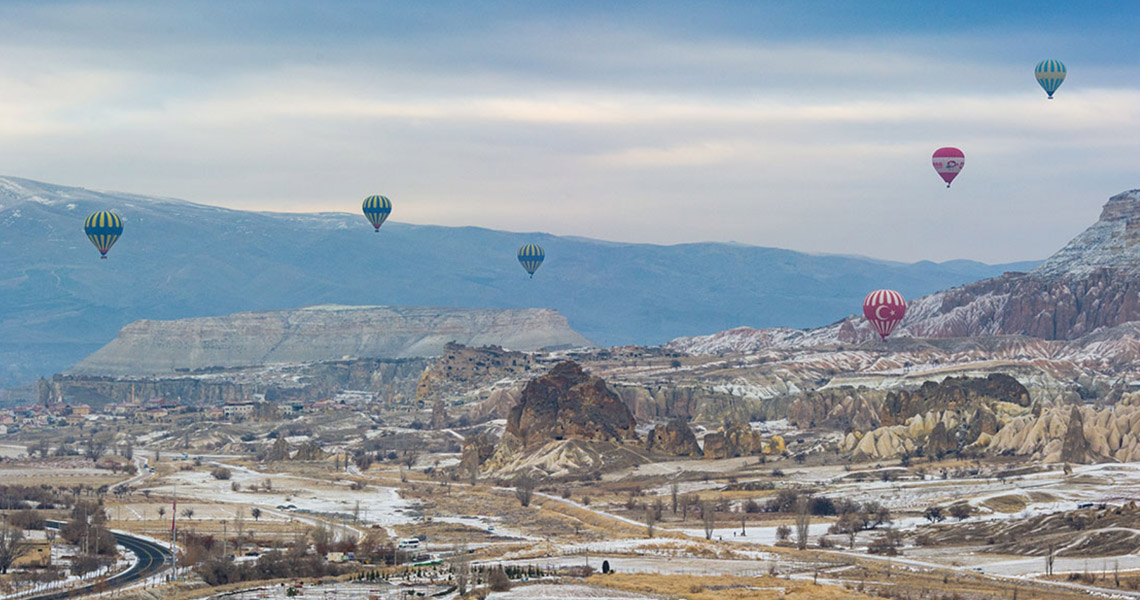 An estimated 1.8 billion Muslims around the globe are fasting for the holy month of Ramadan this month.

Taking place during the ninth month of the Arabic lunar calendar, and beginning and ending with the new moon, Ramadan is believed to be when the first verses of the Quran were revealed to the Prophet Muhammad (PBUH). Ramadan is a time for reflection and charity, with devotees around the world abstaining from food and drink from sunrise to sunset. The final 10 days of Ramadan are believed to be the holiest and are considered the most essential opportunities for worship. It is believed that it was during these ten nights that the revelation took place. Though the exact date is a matter of some debate, the popular belief is that  it was on the 27th night of Ramadan, known as “Laylat al-Quadr” or “The Night of Power.” Those of the Muslim faith follow in the example of the Prophet Muhammad (PBUH), praying late into the nighttime and worshipping Allah by observing the Quran over the final days of Ramadan.

Though prayers and festivity are common during this holy month, Ramadan and Eid Al Fitr are celebrated in a manner of unique ways across the globe. Take a look at some of the Ramadan traditions practiced around the world! 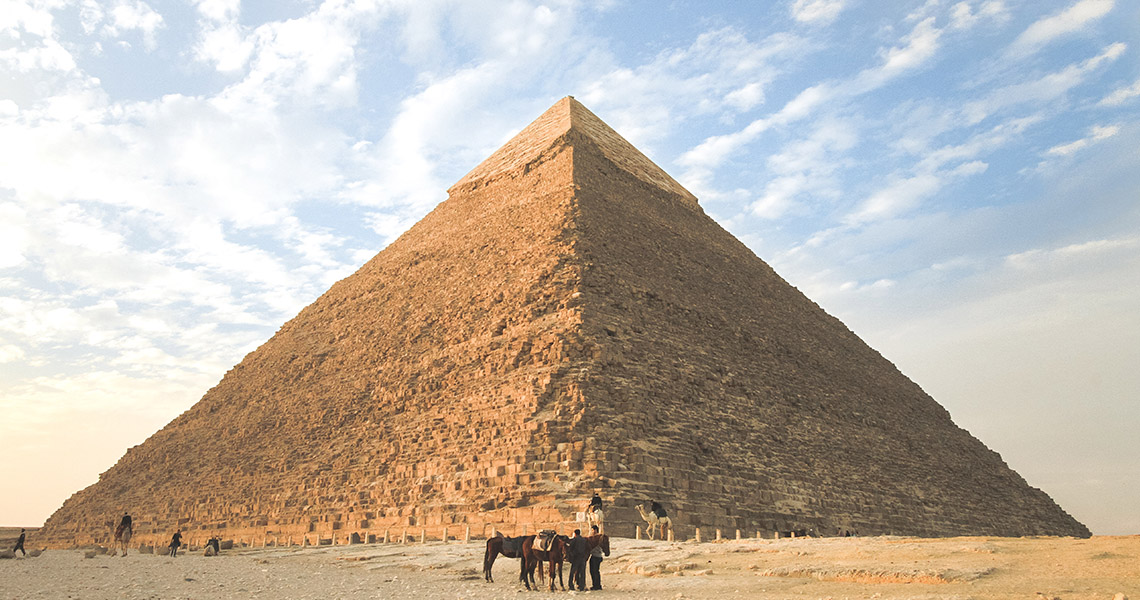 The ‘Fanous’ lanterns of Ramadan are one of the most surreal aspects of the holy month in Egypt. The tradition, which has carried on for centuries, sees handmade lanterns of striking colors and impressive craftmanship decorating the streets, and flooding narrow alleyways with their vibrant splashes of color. For Egyptian Muslims, the hustle and bustle of buying the fanous amongst crowds of excited merrymakers is as much a part of the tradition as the lighting itself. The lanterns are meant to symbolize unity and joy through the holy month. Over the years, this tradition has mingled with other local customs, and it is not uncommon to find children wandering the streets during the sacred month, lanterns in hand, singing songs in exchange for gifts and sweets. 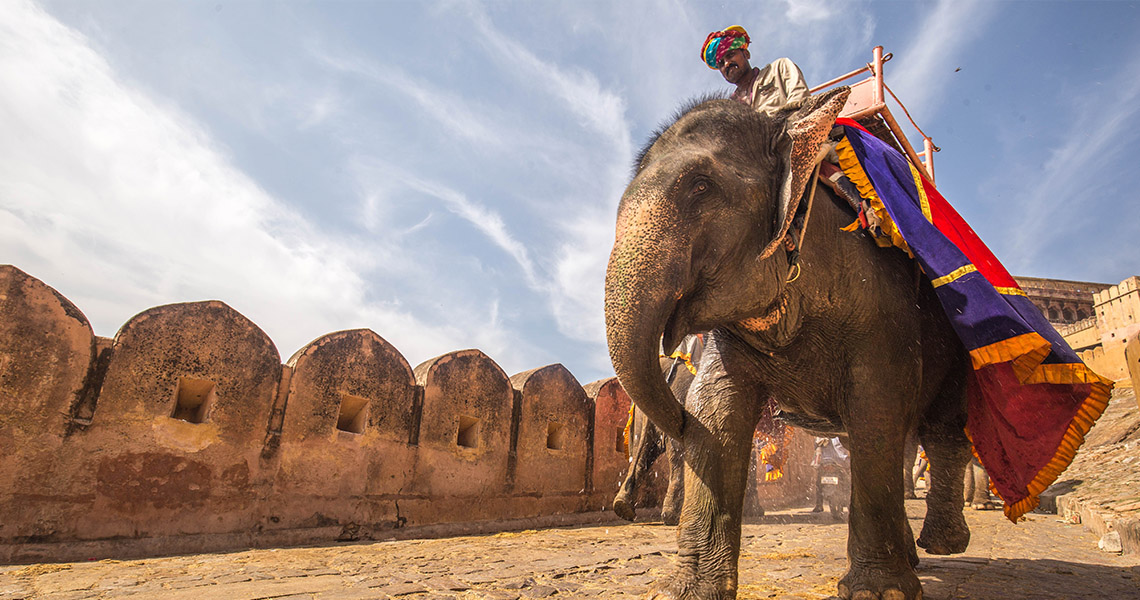 If you happened to be asleep in Old Delhi in the pre-dawn hours of the holy month of Ramadan, chances are you would be roused to the emphatic cry of a Sehriwala. The Sehriwalas or Zohridaars of India’s capital city of Delhi have been an essential feature of Ramadan for centuries, and are representative of the city’s Mughal culture and heritage. During the holy month, the Sehriwalas may be found racing through the city streets in the early hours of the morning, calling out in the name of Allah and the Prophet (PBUH) for Muslims to rise from their sleep for suhoor. They begin their rounds as early as 2:30 am, and will often call out to youngsters and families by name. These Sehriwallas work for free, and often are descended from generations Sehriwallas and Zohridaars. 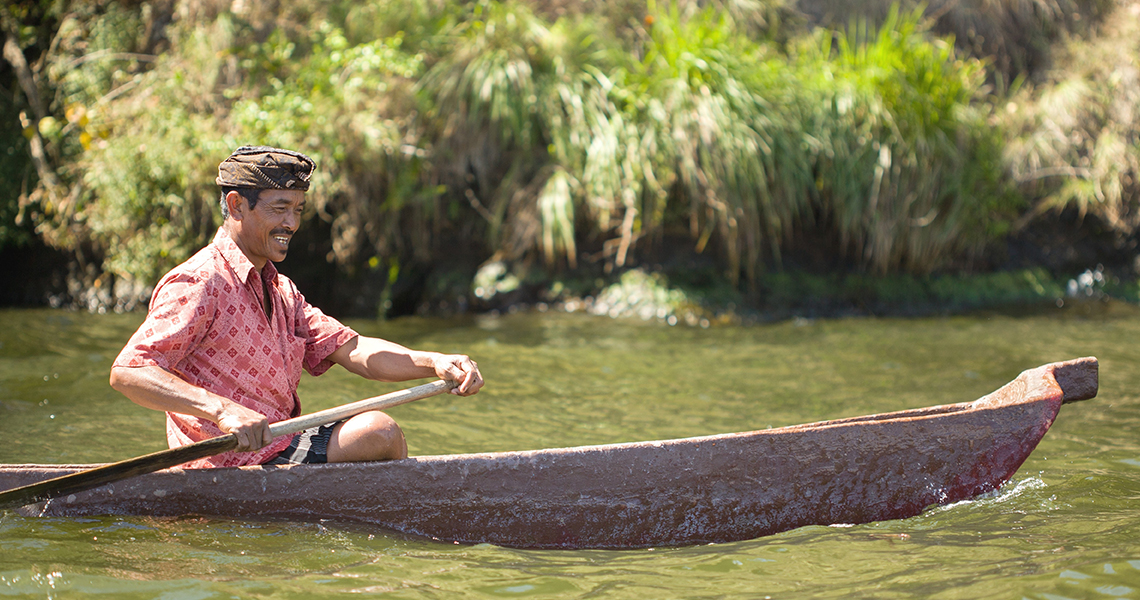 The month of Ramadan in Indonesia is celebrated with color and feasting. After the sun sets on a hot afternoon, pop-up markets sprout up in the streets, with delectable treats and soothing drinks sold at low prices for Iftar, some of which are only available during the month of Ramadan. Indonesian Muslims also follow in a tradition of serving food to elderly members of society, including family members and even strangers! 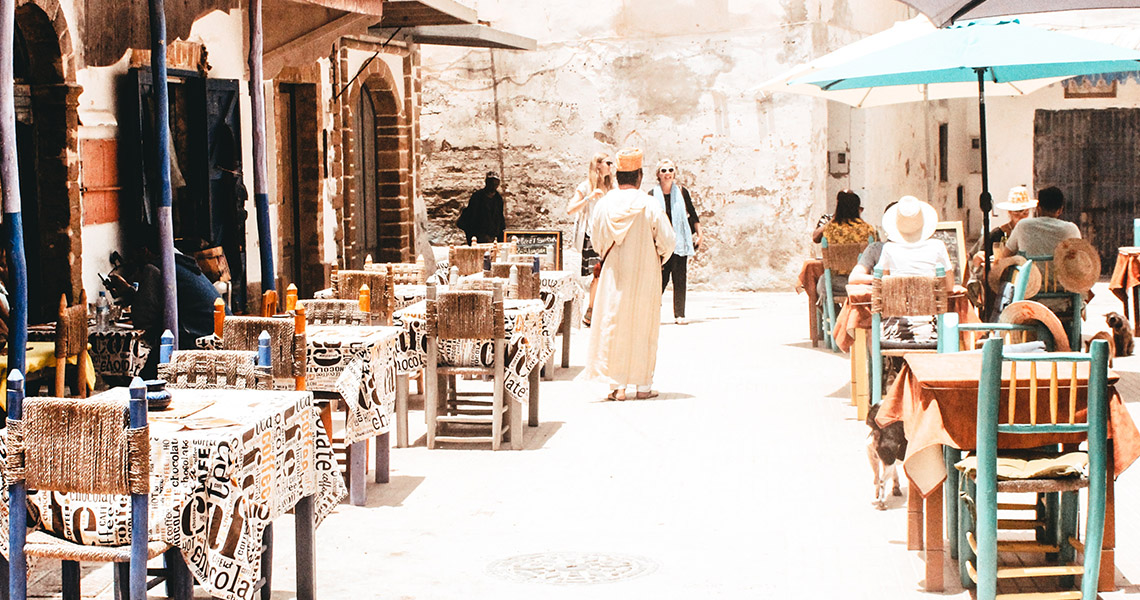 During the holy month of Ramadan the neighborhoods of Morocco are alive with the sweet music of the Tebbal (drummers) and the Nafar (horn blowers), who roam the streets donning the traditional garb of a kandora, slippers and a hat. These merry music-makers mark the first light of dawn and the setting of the sun with their melody, awakening families in time for suhoor, the meal consumed in the early morning before the long day of fast. Often, their calls are accompanied by the sound of a firing cannon!

The final days of the holy month of Ramadan in Turkey are accompanied by the celebration of Seker Bayrami, or The Sugar Feast, which is a three-day festival following Ramadan, where historically, children would be presented with Turkish Delight and other such mouth-watering sweet treats. It is meant to be an act of restoration of the ideal human composition, and the celebration of the end of the month of fasting. After the sun sets on a day of fasting and prayer, a carnival-like atmosphere descends over Istanbul, and the streets are lit with festive lights while restaurants are packed with eager fast-breakers. 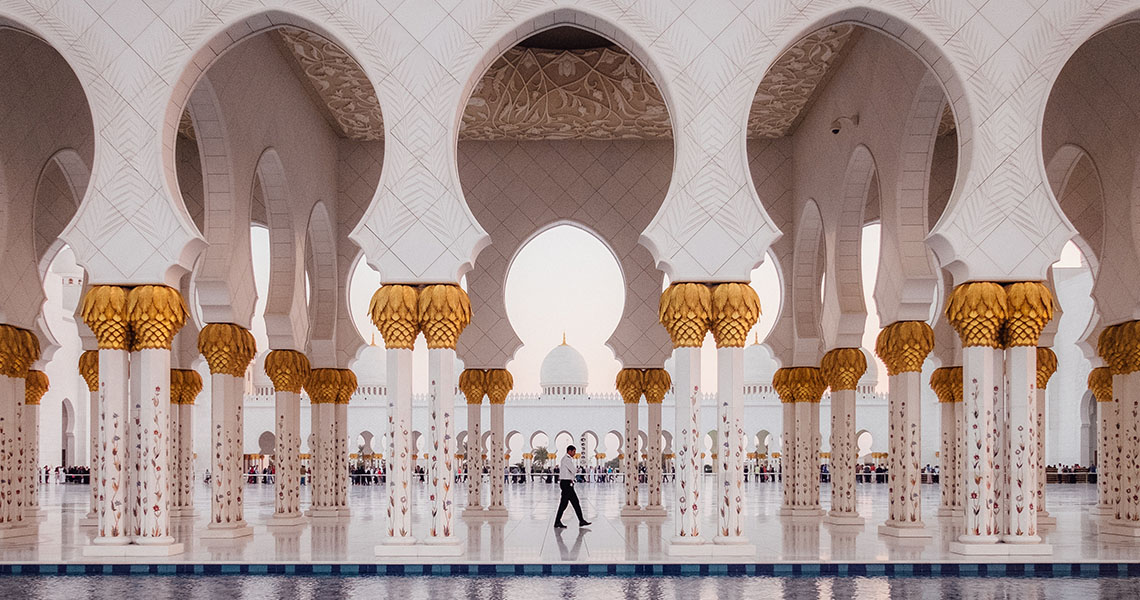 Comparable to the Western tradition of Trick-or-Treating on Halloween, on the 15th day of Shabaan, children will take to the streets in bright, colorful attire, singing songs as they travel from door to door in the tradition of Haq Al Laila, demanding sweets and nuts to fill their tote bags, also called Khyarta. Their traditional greeting on such occasions would be the chant “Aatona Allah Yutikom, Bait Makkah Yudikum” which, when translated from its original Arabic means, “Give us and Allah will reward you and help you visit the House of Allah in Makkah” 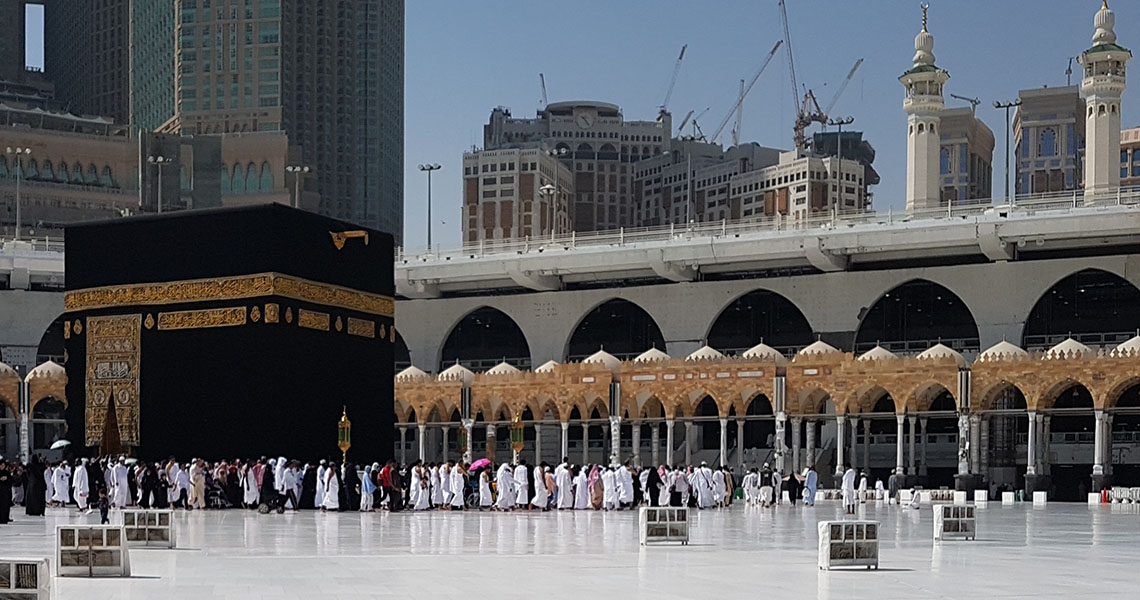 No matter where in the world they may be, those fasting during the holy month of Ramadan will turn toward the Holy City of Mecca to offer their prayers. The city of Mecca is known for its vibrancy, and during the holy month becomes a center for tourists and those of faith, who come from around the world to offer their prayers. The focus in the Holy City is not upon festivities and feasting, but instead on devotion, charity, and worship. During the final days of Ramadan, one may offer their Taraweeh prayers at The Kaaba. The word ‘Taraweeh’ comes from an Arabic word meaning relaxation. Muslims follow in the tradition of the Prophet (PBUH) who is said to have led his followers in evening prayer on the 15th, 27th and 29th night of Ramadan.

The final days of the holy month are celebrated in a multitude of exciting ways. How will you be celebrating Ramadan?