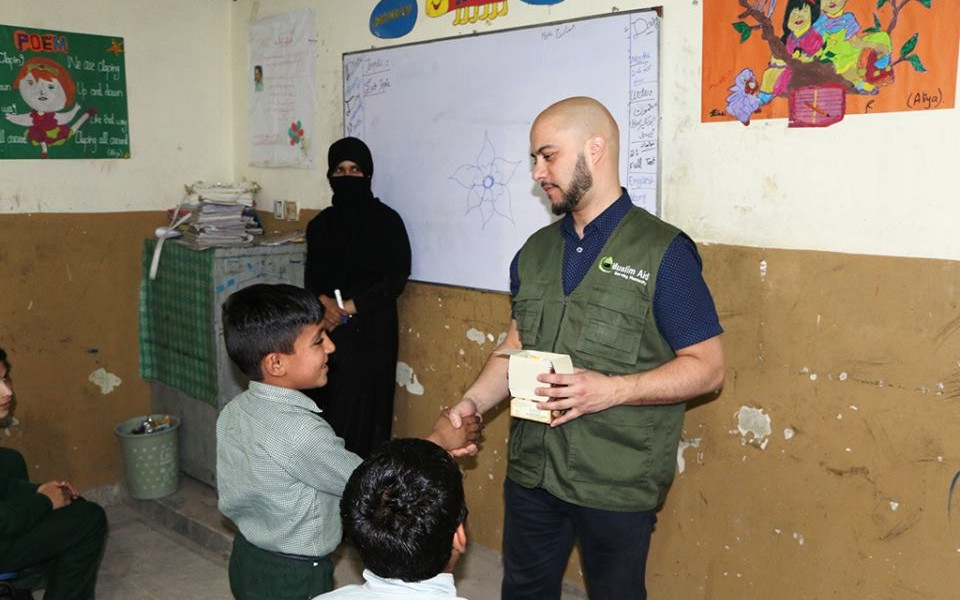 We sat with Rahim Jung, who is recognized as a renowned tv presenter on Islam Channel, filmmaker, fundraiser, broadcaster and has presented a variety of shows such as “Footsteps of Ibrahim”.

Read his story below to learn about how he started his career in media and built a very strong and admirable reputation in his direct community and the UK at large.

On his journey in media

My first job in media started in 1990 and I took a job at a very famous promotions company for free. I was working full time and even on weekends at times. I learned everything about the industry and made many contacts and met many people and actually from that I moved on to work for one of the most famous world record companies in the world. My job at the world record company was to install record promotions where I would drive around London to radio stations and try to convince radio stations to play some records.

On his role as an activist

There are many causes that I do care about, in fact, I went to both Lebanon and Jordan and worked with the Syrian refugees out there, and the conditions were appalling there. I would say that the cause that I get involved in the most is the Palestinian cause when it comes to actually lobby and marching and encouraging others to march and speak about it, it’s just a sheer injustice, the Palestinian cause has been manipulated by the mainstream media, also my wife is very passionate about it- we are always marching here and there and waving big banners.

On his latest work and advice to young Muslims

I am not actively working on anything at the moment, I have a few things in the pipeline which will be starting soon. The work I enjoyed the most would be the series that I worked on with Islam Channel called “Footsteps of Ibrahim” where we went around various sites in Makkah and Madina and it was very nice because we were chaperoned by the Saudi Arabian government and they were very generous to give us access to places which are restricted to the public such as going inside the media centre, national radio, and tv station to see the way they work. We also went underground in the Haram and Madina, just being able to do that and being able to communicate and share with people around the two places that are so loved was an honour and privilege to me.  I filmed this six years ago and just yesterday this random stranger came up to me and said I watched your film in Madina and I enjoyed it so much.

My advice to young Muslims would be to be ambitious and work hard and eventually great things will happen. I think when you’re young you should find something that you are passionate about and one that you are good at, and keep working and doors will start to open inshAllah.  You might not reach your ultimate goal for 5 years, and it might not even happen for 10 years but if you keep going at it, it will happen, it starts developing as you get older you start to build your network you start to see things opening up in front of you , and alhamdulillah it becomes much easier.

On saving for the future

I got married at 24, and by 26 I had my first child and three children by 28 years old and what I have done always was live within my means. I don’t take a lot of credit, I don’t buy things very slowly over long periods of time, If I know I have a thousand pounds coming in a certain month I certainly budget my month around how much I will be making.  When I was married with my three sons, my wife and I were living in a one bedroom flat, and you know what I was totally happy back then , and now that I live in a 6 bedroom house now I’m not happier now, I am totally happy in that flat just as I am happy now living in my bigger home, because we lived within our means. If we go on holiday, we don’t go on holiday which would require us to pay for it for the year, instead of buying the most expensive holiday and paying for it over the year- we used to go on local holidays where we were able to have a brilliant one. Even in our lifestyles and eating habits we also spend within our means. Happiness doesn’t come from how much we spend, but rather from contentment.