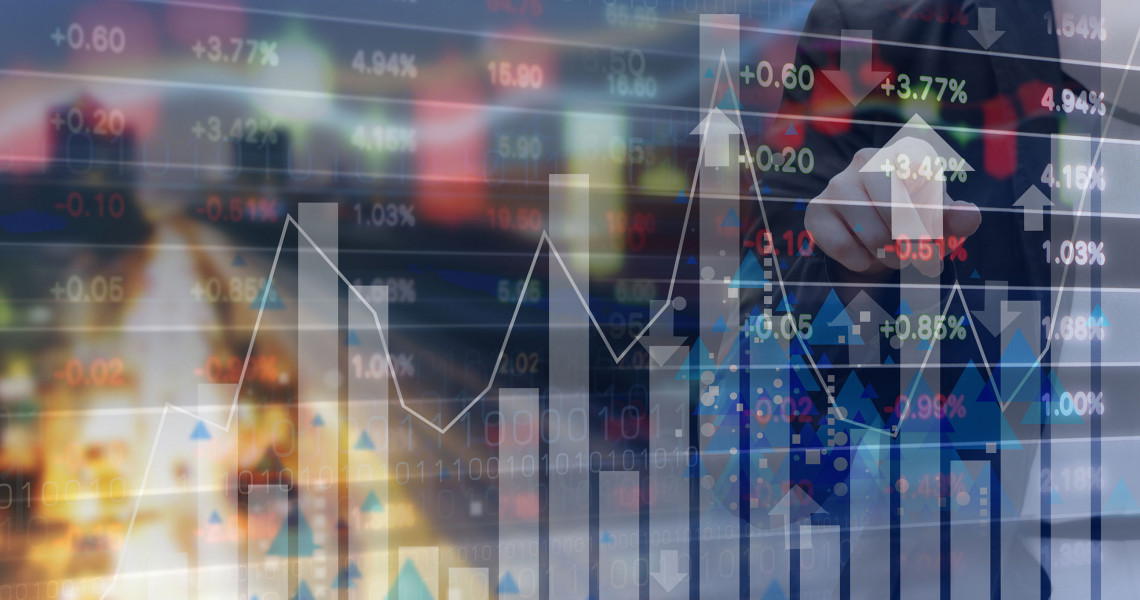 Particularly after the GFC, the popularity of Islamic finance as a viable alternative have been well positioned into various jurisdictions and faiths. For instance, in addition to Muslim dominant jurisdictions, non-Muslim jurisdictions (e.g. Singapore, Hong Kong, United Kingdom, Luxemburg, and Mauritius) have not only indicated their interest in Islamic finance, but have also shown some developments on the promotion of Islamic finance. This recognition is established because international organisations such as the IMF and the World Bank, and international standard-setting organisations for conventional financial systems such as Basel Committee on the Banking Supervision, International Organization of Securities Commissions, and International Association of Insurance Supervisors have been closely working with the Kuala-Lumpur based Islamic Financial Services Board (IFSB). The IFSB is an international standard-setting organisation for Islamic financial services industry (IFSI).

In light of the above, in recent times, many jurisdictions (whether in South East Asia, GCC, or Europe) have expressed their optimism and ambition to become an Islamic financial hub or an Islamic Financial Centre (IFC). While there is nothing wrong with such neologisms, , there are questions that have been considered -What is the point of having an IFC, when jurisdictions do not have the necessary legal and regulatory components in place for the promotion of Islamic finance? Is it reasonable to have too many IFCs, when the total size of Islamic finance is less than 2% of total global finance? Can the IFCs really focus on developing the necessary infrastructure to assist the Islamic finance or they are just a tool for attracting hot money from abroad to fund infrastructure requirements in their jurisdiction? In light of these questions, we need to carefully assess the components that need to be in place to be a leading IFC for Islamic finance.

What is the financial centre and where do we stand?

First, let us define what ‘financial centre’ is. According to the Cambridge Dictionary, a financial centre is “a city where a lot of financial activities happen, and there are many banks and financial organizations, and often a stock exchange”. London, New York, and Tokyo are considered the world’s premier financial centers for global finance. Why? The IMF explains that such centers have advanced settlement and payments systems, supporting large domestic economies, with deep and liquid markets, and where legal and regulatory frameworks are adequate to safeguard the integrity of principal-agent relationships and supervisory functions.

Today there is a diverse range of financial centres (FC) worldwide. Comparisons of these FCs indicate their role and significance in serving national, regional and international financial activity. Each FC’s offering includes differing legal, tax and regulatory environments. Therefore, there is a lot written on how to become a financial hub (e.g. Bourse Consult, 2013), and there are global financial centres index and surveys, which rank the financial centres on various parameters (e.g. Global Financial Centres Index (GFCI) by the London-based British think-tank Z/Yen). However, what remained unexplored is the critical assessment of the IFC in the context of Islamic finance.

As of September 2016, the top five global FC according to the GFCI are London (1), New York (2), Singapore (3), Hong Kong (4), and Tokyo (5). The ranking of financial centres from Muslim countries include Dubai (18), Casablanca (30), Abu Dhabi (32), Doha (40), Kuala Lumpur (43), Istanbul (57), Bahrain (58), Almaty (70), Jakarta (76), and Riyadh (82). The GFCI shows that none of the Islamic finance jurisdictions with Muslim dominated populations is among the top 10 ranked FCs and none of the top 10 ranked FCs would like to become an IFC for various well-known reasons. For instance, Singapore’s goal of becoming a regional Islamic finance hub was dealt a blow in 2015 when DBS Group took a decision of progressively winding down its subsidiary, The Islamic Bank of Asia. Contrary to that, Singapore’s neighbour, Malaysia’s International Islamic Financial Centre (MIFC) has developed into a comprehensive and sophisticated Islamic finance marketplace.

Important conditions and key components for an IFC

There are at least two fundamental conditions for being an IFC: (a) robust and deep conventional financial infrastructure; and (b) financial sector catering to Islamic finance specificities. The former emphasises on need to have proper framework (e.g. a legal system, payment and settlement system, functioning inter-bank market, active primary and secondary markets for debt issuance, insolvency laws, etc.) in place in the jurisdiction. The latter requires making suitable adjustments to existing infrastructure components to cater to the peculiar features of the Islamic finance. It is hard to imagine any IFC working effectively and efficiently without a well-functioning financial sector.

For the second condition, the following five factors or components can be identified as having significant effect on the development of an IFC in any jurisdiction. While these factors can be considered as necessary foundations to be laid for Islamic finance to safeguard financial stability, one should also bear in mind that certain components (Figure 1) could present substantial impediments for any jurisdiction, given that these factors are more evolving in nature, not a blueprint for development.

Figure 1: Key Conditions and Components for an IFC

The precondition to have a well-functioning financial sector is having a strong and deep market penetration of the Islamic financial sector. Apparently, the Islamic finance across the globe has low market penetration, and in particular, the composition of Islamic finance remains highly bank-centric, and deeply geographically focused in few jurisdictions. The asset size remains insignificant, by some estimates a meager 1-2% of global finance. Not only the Islamic banking asset size is smaller, the size of the Sukūk market is also quite marginal with global Sukūk issuance being just about 2% of the entire bond market. Similarly, in the case of the Takāful industry, the size is even smaller, a rather tiny part of the global insurance industry. Unless there is increase in the volume of Islamic finance transactions, an IFC cannot be really accomplished.

The legal framework of a jurisdiction has a direct impact on the business of the financial institutions including IFIs. Fair and transparent legal framework brings legal certainty and predictability of the outcomes, which can be enforced. Legal framework includes providing an appropriate legal infrastructure, which comprises appropriate financial laws related to IFIs and markets to accommodate the specificities of the IFIs. Tax neutrality provisions are imperative to ensure that Islamic financial instruments and structures do not attract higher tax liabilities relative to their conventional counterparts. In fact, the presence of contract law, insolvency law, trust law, law governing collateral, etc. have the potential to affect the types of products and services the IFIs can offer within the jurisdiction and the risks they are going to take in these transactions.

The GFC has placed a colossal importance on the implementation of international regulatory standards. For IFIs, a typical regulatory regime includes providing a robust and dynamic supervisory framework in the jurisdiction covering inter alia, risk management policies, capital standards and guidelines, corporate governance and transparency, and Sharī’ah governance, ensuring a level playing field to market participants in line with the IFSB. The IFSB has been developing a set of prudential standards for IFIs covering three segments of the IFSI (Islamic banking, Takāful, and Islamic capital market). Without the adoption of these international standards, an IFC cannot set an international good practice. Contrary to the notion of light regulation for the FC, the regulatory regime is expected to be fair, well developed, and robust; in particular, regulations should not differentiate between local and non-local IFIs operating within the jurisdiction. If regulations are too arduous, the IFI may move to another jurisdiction to avoid the high cost of compliance. Furthermore, other than regulatory standards by the IFSB, the adoption of other international standards by the AAOIFI and the IIFM for the IFIs is equally important and relevant.

Financial market infrastructure components reflects the degree and quality of the fundamental infrastructure provided by the jurisdiction to the IFIs for undertaking financial market activity both at domestic level and cross-border. Lack of active primary and secondary markets for Shariah-compliant instruments (Sukuk) issuance, trading and settlement and lack of Islamic inter-bank market remain key concerns for IFIs. This necessitates having in place a comprehensive and efficient financial infrastructure including liquidity infrastructure to support monetary and exchange operation for Islamic finance. In terms of liquidity infrastructure, IFIs require Sharī’ah-compliant liquidity markets and safety nets such as Sharī’ah-compliant lender of the last resort and deposit insurance scheme from the central bank. In addition, it is also essential to address market infrastructure such as the payments system (e.g. real time gross payment and settlement system) and market information systems such as clearing house, and trade repository to collect and maintain information on over-the-counter Shariah-compliant derivative transactions.

People are the most important resource for IFIs. Lack of qualified professionals (local and foreign) with a depth and breadth of Islamic finance knowledge and experience reflects a key constraint limiting Islamic finance development. Therefore, academic and training institutions should work together with market participants on enhancing the required skills and capabilities. The range of expertise should include broad-based approach covering professionals and Sharī’ah scholars for the industry. The jurisdictions hosting international FCs are also home to top international universities, which attract the best students from around the world, many of whom join the local labour market. In this respect, flexible employment legislation and immigration rules are important in permitting international students to become local professionals. If the jurisdiction does not allow the integration of foreign skilful work force with the local professionals, then it would be difficult to entice multinational corporations to invest in the country.

The jurisdictions that aim to become a regional hub for Islamic finance should create favourable conditions for the operation and development of IFIs. For an IFC to thrive, it is important to build a reputation for efficient financial markets, credible legal and robust regulatory environment. Without addressing the necessary components, a financial centre to compete with others is futile. The progression towards an IFC is not just about following a linear path. Rather the growth of a financial centre depends on a complex amalgam of numerous aspects, which give confidence to market participants.

As the GFCI shows that the power of global financial markets is shifting from North America and Europe to Asia, it is understandable to be optimistic on becoming an IFC. However, this optimism should be characterised by having in place necessary components and conditions as set out here. The jurisdictions should avoid applying a narrow definition for an IFC. The attention should not only be to the capital market segment; though this would be the key consideration for some jurisdictions, which do not want to dwell into full-fledged Islamic finance. The scope of the IFC has to be inclusive and broad-based comprising three segments of the IFSI: Islamic banking, capital market, and Takaful. At country level, there is need to determine strategy and direction of Islamic finance development in a long-term action plan.

The views expressed in this article are those of the author, and do not necessarily reflect the views of the CBK.