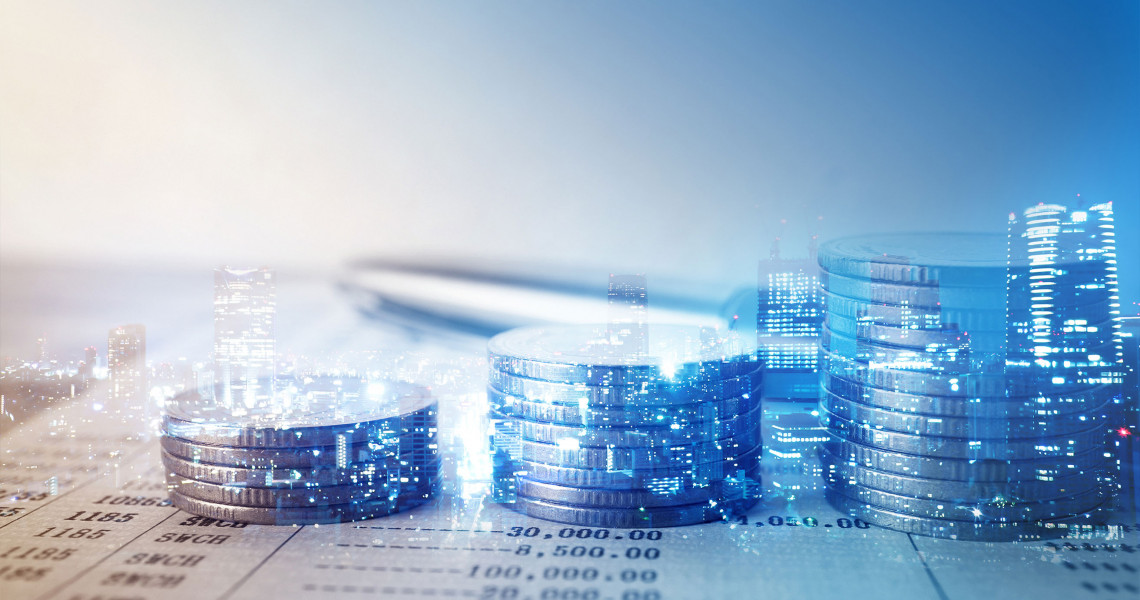 From New York and San Francisco to London, Dubai, Singapore and beyond, the emergence of financial technology (FinTech) start-ups promises a change in the face of finance as we know it. Defined broadly as the use of technological innovation in the provision of financial services, FinTech is not a new phenomenon. Wire transfers, Automatic Teller Machines (ATMs), internet and mobile banking are all examples of technological innovations that have transformed financial services thus far. The novelty of this wave of innovations, however, lies in its largely dis-intermediated model and much praised democratisation of finance.

Take peer-to-peer finance, also known as crowdfunding, for example. Innovation has made it possible for small surplus units to pool resources online to fund deficit units without the need to go through a traditional financial intermediary, such as a bank. And this is done “without the friction, cost or heavy regulatory hurdles of traditional banking” (Wall Street Journal, 2015). Moreover, innovative risk assessment models allow for assessing risk where banks have not been able to do so, based on non-traditional data and analyses, such as social media, phone records, satellite data and psychometric analysis. As a result, crowdfunding has been successful in filling the funding gap for previously under-served markets of Micro, Small, and Medium Enterprises (MSMEs). Data shows that online lending platforms raised USD23.7 billion in 2014 globally.

All in all, the inter-marriage of finance and technology is disrupting mainstream finance and threatening the substitutability of all of its services. The spectrum runs the gamut from deposits and

Beside overcoming traditional financing obstacles (collateral, KYC, high interest rates, etc.) that would have otherwise excluded MSMEs from the formal banking sector, crowdfunding’s direct and dis-intermediated model has created new investment opportunities for the general public. Previously, such investments were available only to banks, investment funds or venture capital firms. The remainder of the population had to do with saving accounts that offer minimal rates of return.

In a similar fashion, other manifestations of FinTech is making traditionally top-notch services accessible to a wider range of financial customers, without sacrificing efficiency or effectiveness at lower scale. This includes services such as insurance, wealth management and investment advisory as well as more basic payment and remittance services for unbanked populations in rural areas.

The success of FinTech has propelled global investments. According to KPMG, the thriving industry attracted more than USD19 billion during 2015. Going forward, the rapid adoption of FinTech by tech-savvy consumers leads expectations of a triple growth by a further USD60 billion in 2017. This should not come as a surprise: new digital technologies, stricter banking regulations and increasing consumer demands for convenience and immediacy amidst falling trust in banks due to the legacy of the 2008 financial crisis have strengthened the case for innovative alternatives in the fourth industrial revolution.

All in all, the inter-marriage of finance and technology is disrupting mainstream finance and threatening the substitutability of all of its services. The spectrum runs the gamut from deposits and lending to fundraising and wealth management, including invoice financing, supply chain financing and trade finance. Goldman Sachs estimates the disruptions to compromise USD 4.7 trillion worth of banking revenues.

Rather than looking at the FinTech revolution as a strategic threat to many of the core competitive advantages that banks once had over new market entrants and their net interest margins, incumbents ought to embrace it as an opportunity. The adoption of financial technologies can bypass the complexities and rigidities of the traditional banking model (significant regulatory overheads, legacy IT expenses and outdated collections and recoveries functions that are needed to service an aged book). Effective collaboration and partnership with technology-enabled startups can help reduce transaction costs, improve transparency, enhance customer experience and increase overall access to finance. Recent data shows that 80 percent of major banks are already seeking to digitize their operations by incubating, investing in or partnering with FinTech start-ups. An example of this is JP Morgan Chase’s partnership with OnDeck, a peer-to-peer lending platform. The former provides loans to its SME customers using the latter’s platform.

Islamic Finance Has More to Gain

Turning to Islamic banking and finance, the Shari’ah compliant industry has more to gain from adopting technological innovations. On the one hand, Islamic intermediation costs are even higher than conventional counterparts due to legal costs and more complicated product structures. On the other hand, the core markets for Islamic finance, that is the Organization of Islamic Conference group of 57 countries, have the lowest rates of financial inclusion worldwide. More than one billion Muslims are unbanked and remain financially-excluded, according to World Bank estimates. FinTech, therefore, provides a means for Islamic banks to capitalize on innovations in financial technology, to better deliver on their promise of inclusive financial services and real economic activities.

Furthermore, it can be argued that FinTech is more aligned with the spirit of Shari’ah as it eliminates two fundamental risks in banking: mismatched maturities and leverage. Whereas banks convert short-term deposits into long-term loans through leverage, their digitized counterparts match assets and liabilities in terms of maturity, value and risk profile in a direct flow model, for a fee. Adoption of such technology can further strengthen Islamic banks’ contribution to financial stability and ends an “Alchemy” that has long sown the seeds of Radical Uncertainty in mainstream finance. However, the potential of fintech should not be reduced to the “reaching out” advantage and offering cheaper technology-enabled solutions.

More importantly, “Fintech solutions have the opportunity to tackle one of Islamic finance’s oldest critiques: being a white label for conventional financial products,” says Mohammed Raafi Hossein, CEO of the Dubai-based Islamic FinTech advisory firm Finocracy. In particular, FinTech may differentiate Islamic banking and finance by creating a quantum leap in the design and adoption of truly risk-sharing Islamic financial instruments.

Risk sharing is the essence of Islamic finance. This proposition was central to the Kuala Lumpur Declaration 2012, where internationally reputed Shari’ah scholars, Muslim economists and industry practitioners declared that “Shari’ah emphasizes risk sharing as a salient characteristic of Islamic financial transactions” and that practices of risk transfer and risk shifting, which have caused much instability and widening inequality in many economies, violate Shari’ah principles.

That said, trust and social capital are cornerstones of risk sharing finance. However, an empirical examination of the current state of affairs in the contemporary Muslim world reveals lack of prerequisite trust and sub-optimal levels of social capital, both of which have hindered the development of truly risk sharing Islamic banking and finance hitherto. Creating trustful societies in the Muslim world of today could be enormously challenging.

Against this backdrop, smart contracts, blockchain, and distributed ledgers technologies have the potential to revolutionize Islamic finance and revive risk sharing which is at the heart of Islamic finance principles. What Satoshi’s blockchain does is to build-in trust in the ledger entries so that, in combination with a smart contract, the probability of trust-based contract violation is mitigated. The ledger is distributed more widely, making it more reliable and immutable. This can reduce negative externalities and moral hazard amongst financial industry participants, without the need for explicit trust. The binding and fully enforceable contracts pave the way for risk sharing.

In addition to improved governance and transparency, the argument for blockchain is also framed around speed, efficiency, cost savings and improved capital utilisation. A lot of redundancies, reconciliation work and information asymmetry that exists in banking today are removed by this technology. Blockchain-enabled sharing of back office financial infrastructure is expected to eliminate significant components of banks’ cost base. Proponents estimate meaningful savings of not 5 percent, but 30, 40 or even 50 percent.

Malaysia leads innovations in the Islamic fintech spectrum. The Southeast Asian country launched the world’s first Shari’ah compliant bank-intermediated financial technology platform that combines the expertise of Islamic banks and the efficiency of technology to finance entrepreneurship in the real economy in February 2016. The initiative is better known as the Investment Account Platform. Recently, Malaysia marked another milestone by issuing a Fintech Regulatory Sandbox to encourage collaborations between traditional finance providers and fintech companies in a regulatory-light space, with special provisions for Islamic finance.

Fintech potential is certainly advantageous. Its adoption, however, is not without challenges. For one, the threats of cybersecurity that could compromise customer data are rising. At the same time, regulatory ambiguity in emerging jurisdictions is likely to slow technological transformation there. Fraud cases in China and Sweden, for instance, have briefly hampered growth in peer-to-peer finance in the first half of 2016, despite these countries’ explicit and adoptive regulatory frameworks. Strategic collaboration is also key; one hand cannot clap alone. In this regard, the formation of the Islamic Fintech Alliance (IFT Alliance) in April 2016 should ensure the continued and sustainable evolution of positive disruption to the Islamic finance industry. Another challenge is the education of bankers whose businesses are to be revolutionised by financial technology. Many remain uncertain of what these innovative technologies entail and what they mean, especially in the field of blockchain and distributed ledgers. This is, in part, aggravated by the number and differences of what is being rapidly offered. Last but not least, the blockchain and its capabilities are still at an early stage. There have been reports of successful trials and proofs of concept. According to a recent report by Finextra Research and EPAM, a leading provider of software product development services, “leading blockchain industry consortia, Hyperledger and R3, have claimed success in demonstrating the value of distributed ledgers in trade finance transactions – Hyperledger with Bank of America Merrill Lynch, HSBC and the Infocomm Development Authority of Singapore, and R3 with banks including Barclays, BBVA, BNP Paribas, Commonwealth Bank of Australia, Danske, ING, IntesaSanpaolo, Natixis, Nordea, Scotiabank, UBS, UniCredit, U.S. Bank and Wells Fargo”.