May was a challenging month for markets as trade tensions reached a new peak. President Trump announced 25% tariffs on all Mexican exports by October (which he has since taken off the table), following recently raising tariffs from 10% to 25% on $200 billion of Chinese goods and threatening more tariffs on an additional $300 billion of Chinese goods.

The global economy, and the U.S., in particular, has continued its steady growth, albeit with obvious signs of slowing down. Though the U.S. earnings season was generally positive, the negative impacts of tariffs could be felt in economic data releases and company-specific earnings guidance.

In the UK, parliamentary elections displayed more divided voting, with support shifting from moderate parties to more populist views and alternatives, including environmentally focused Green parties and pro-European liberal parties. Additionally, Theresa May’s resignation has prompted a race for her successor, which is likely to continue through the summer and has added further uncertainty around Brexit negotiations.

The U.S. Federal Reserve has reiterated its stance to remain patient on any future interest rate actions, but markets are pricing in the possibility of one or more interest rate cuts by the end of the year, which will likely be positive for market returns and investor sentiment.

Portfolios behaved as expected, with equities falling in the U.S. and abroad, and gold and Sukuk offsetting equity losses with positive returns for the month. Sterling denominated funds saw an additional boost from FX appreciation, as the Pound appreciated against the dollar  The more aggressive portfolios (more equity) saw more declines than our more conservative (more Sukuk) portfolios, which held steady, and in some cases rallied during the month.

It is important to note that, year to date, all major developed market equity indices are still up double digits. 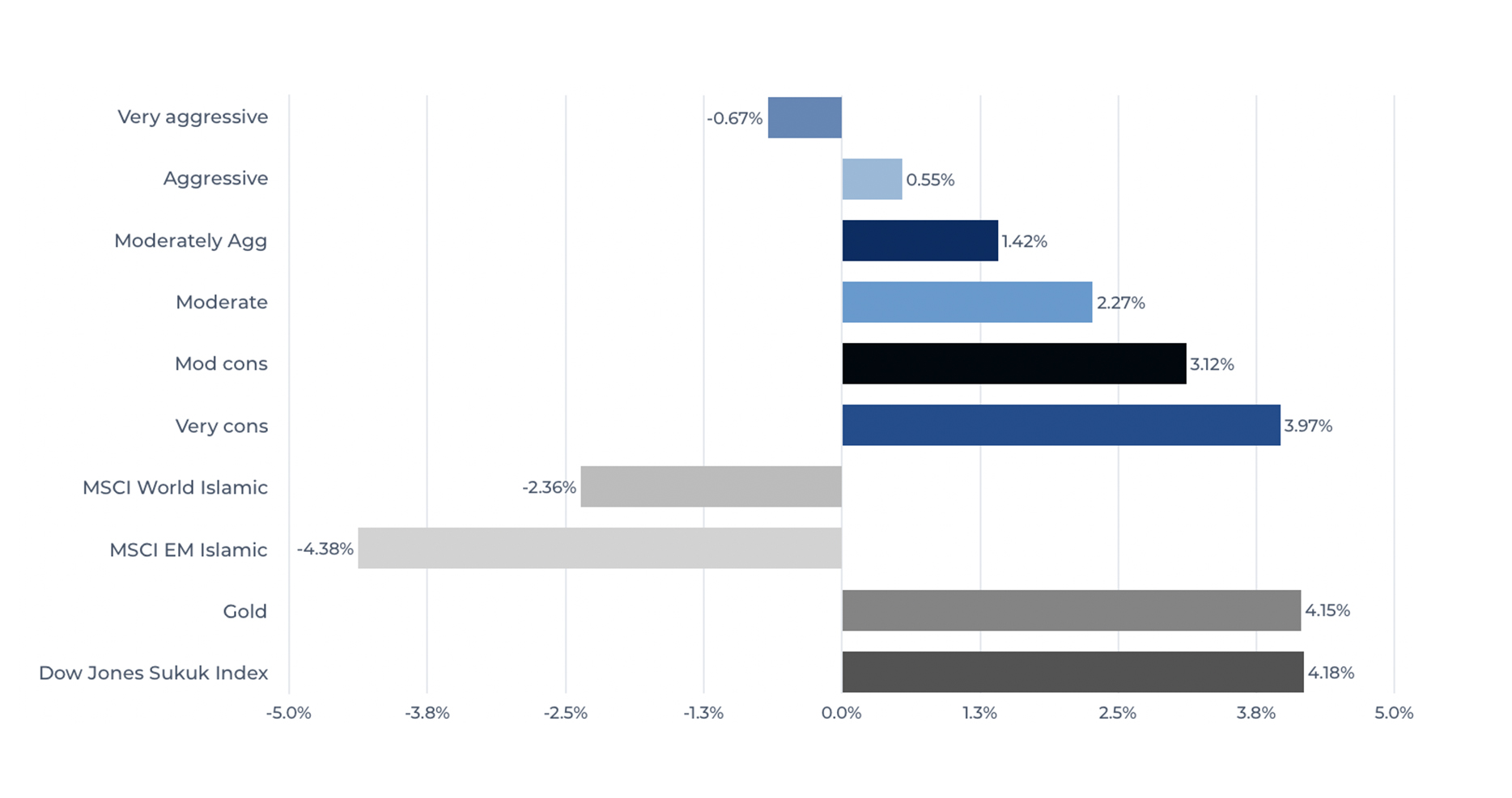 Source: Reuters Eikon as of May 31, 2019. Please note that performance shown are or Wahed model portfolios. Actual client performance will depend on the timing of funding and intra-quarter drift from targets. Past performance is not indicative of future results.