The US markets moderately declined as market sentiment dropped on the back of inconclusive talks regarding additional stimulus efforts, as the US expects to reach its current debt ceiling in mid-October.

The Federal Reserve announced that it will soon begin to taper the $120 billion monthly purchases of Treasury bills and mortgage-backed securities. This could come as early as November and be completed by the middle of 2022.

In the UK, the Bank of England is similarly hawkish as they see a case for higher interest rates after it nudged-up its forecast for inflation at the end of the year to over 4% (more than twice its target rate). The UK stock markets were roughly unchanged in September.

Emerging markets news was dominated by more regulations on the Chinese tech sector as well as fears surrounding the potential default of China’s largest property developer and the impact it could have on financial markets.

Meanwhile, Malaysian markets declined by 2% in September. Bank Negara Malaysia kept the overnight policy rate at 1.75% for the seventh straight meeting. The government and opposition agreed on a bipartisan cooperation effort to provide political stability and focus on tackling COVID-19. 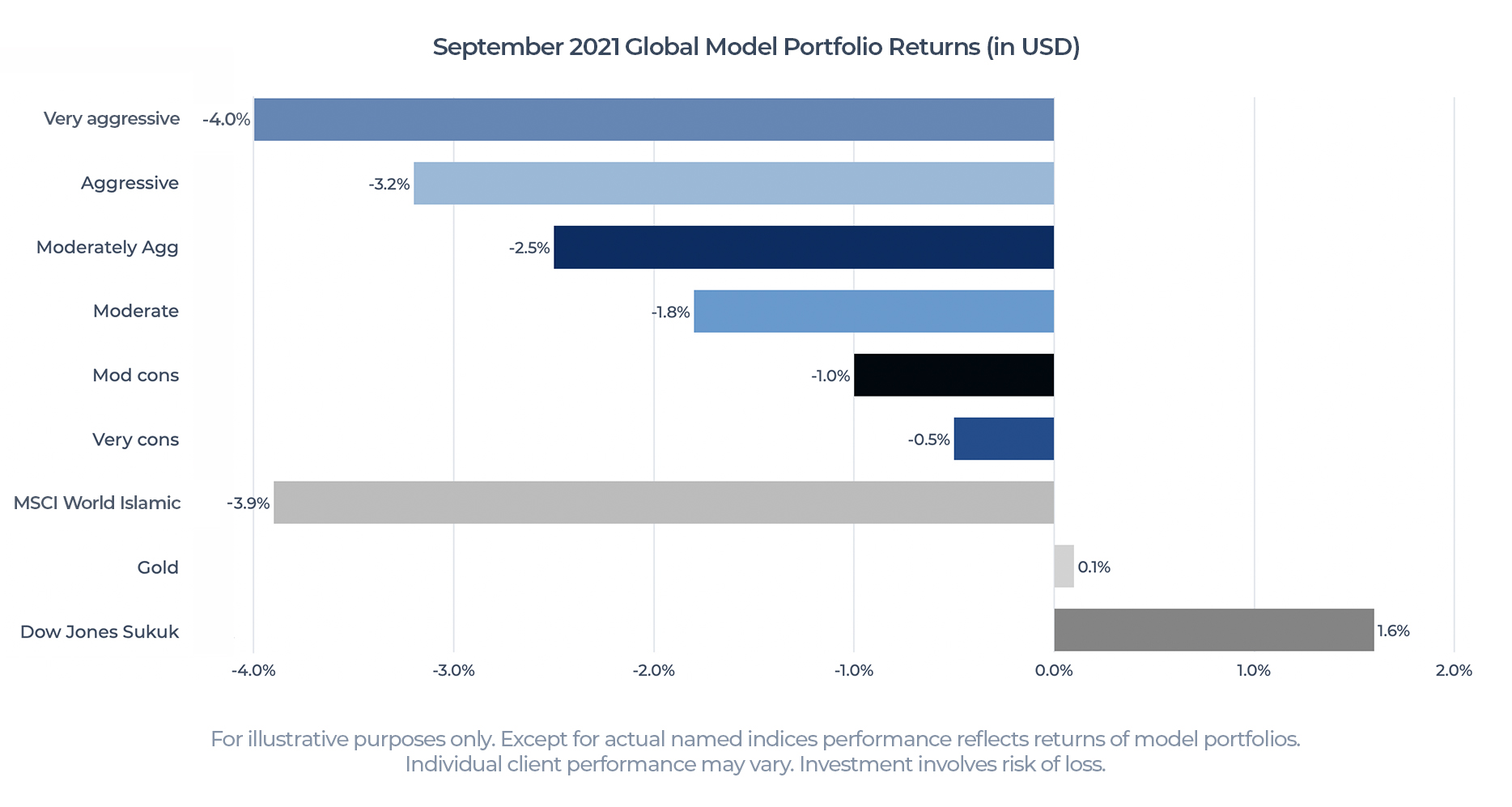 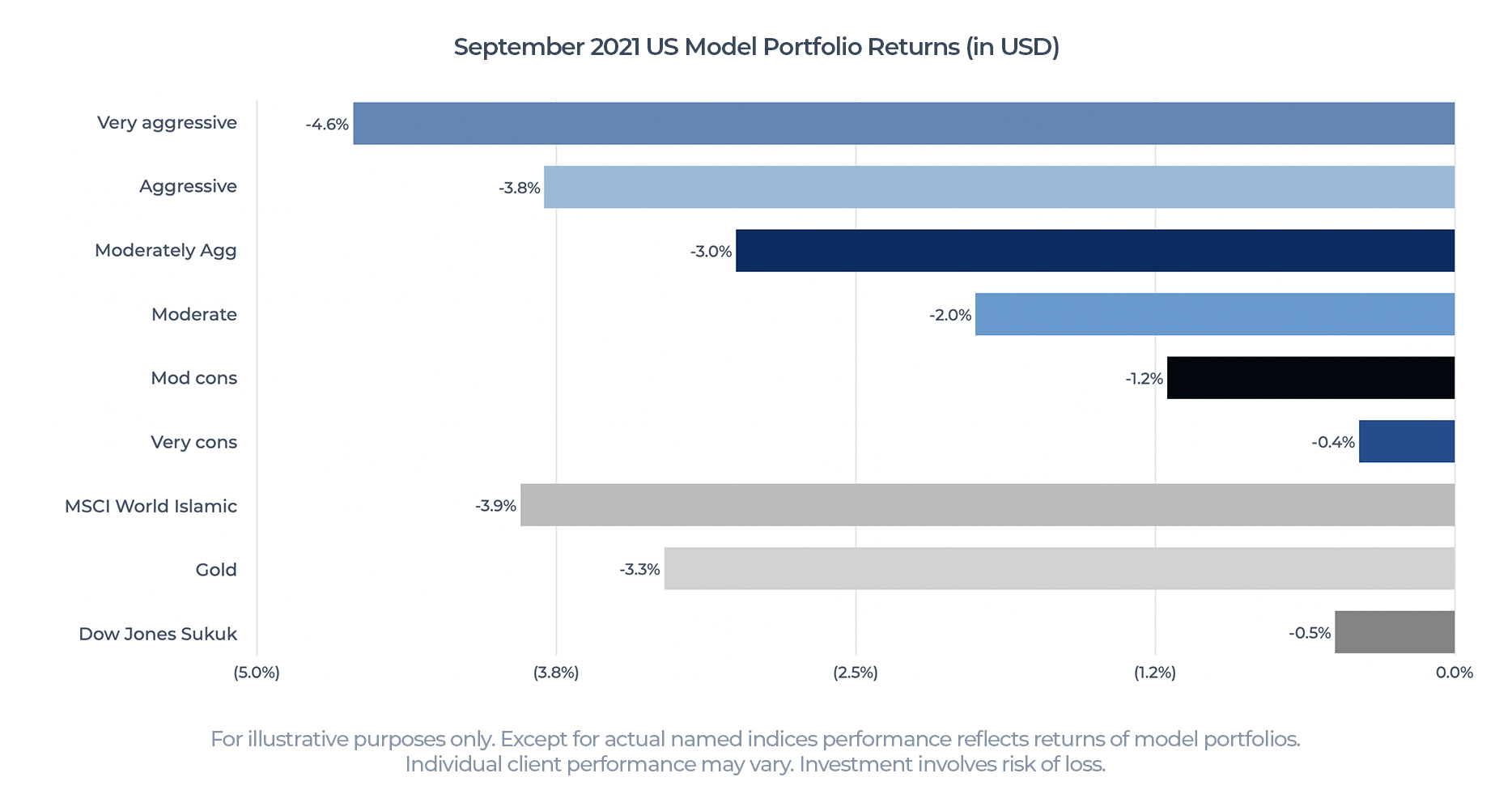 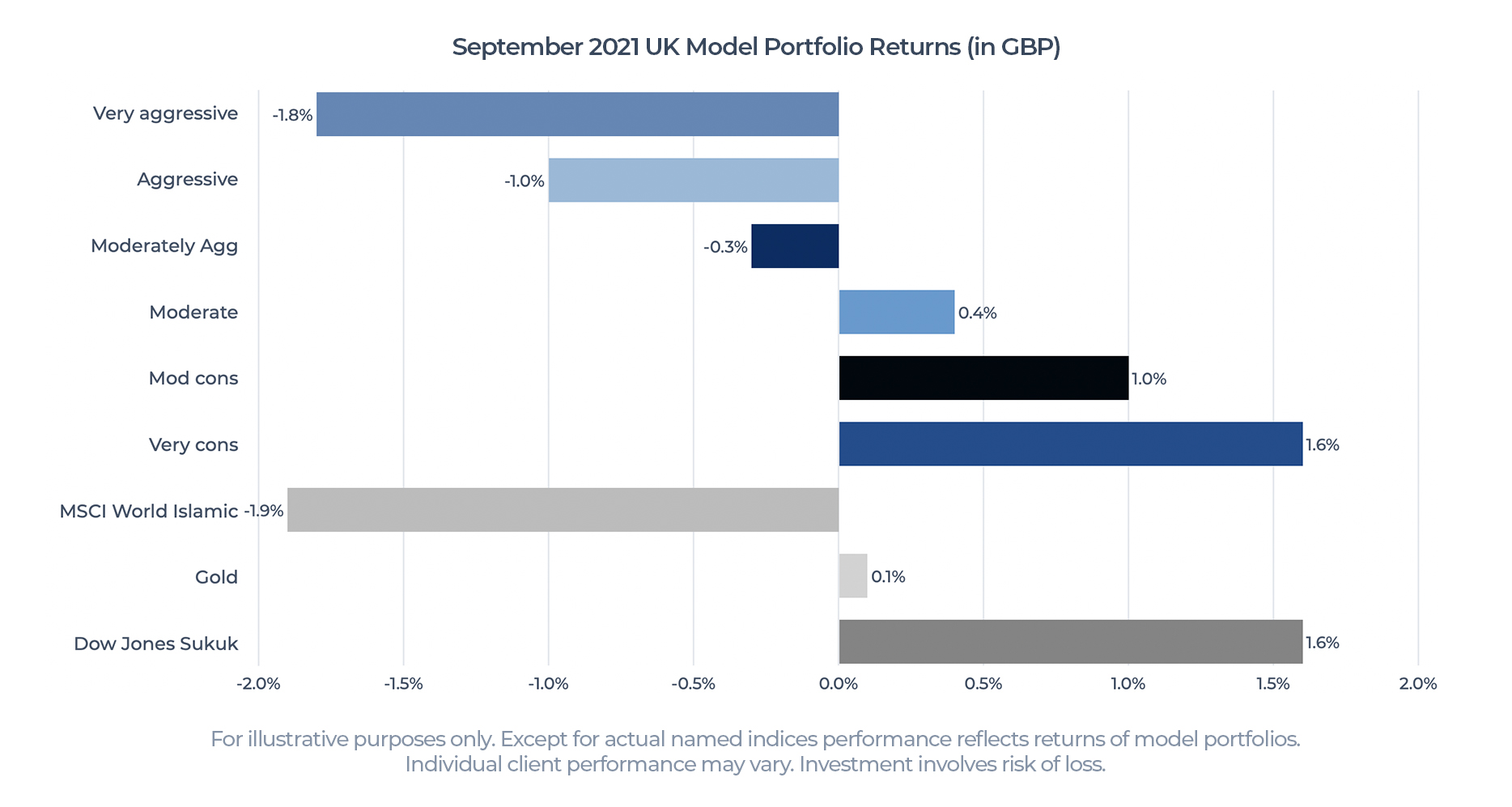 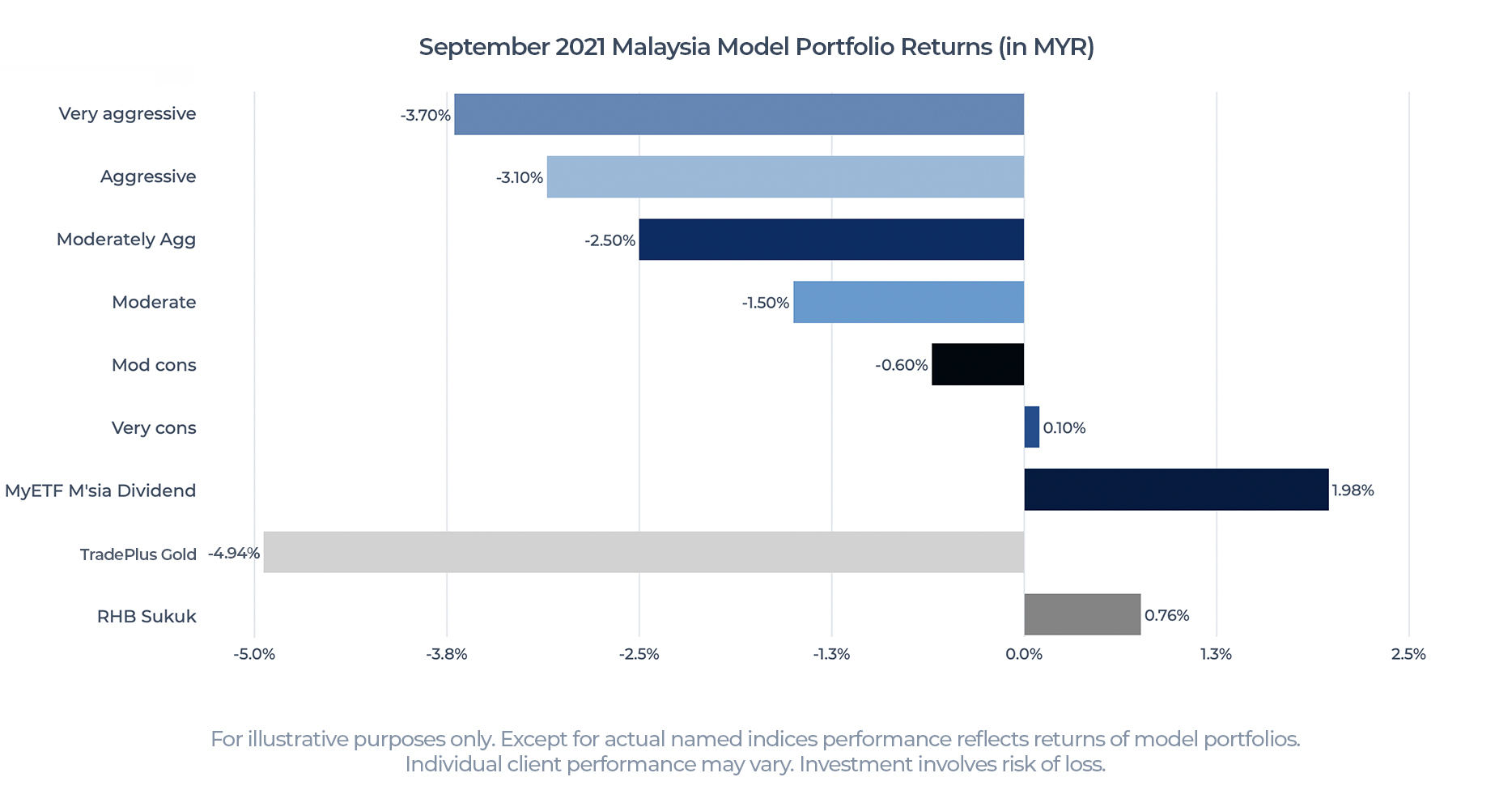