Global equity markets saw their first major correction since late 2018 as the Coronavirus outbreak, which was largely downplayed in the beginning of the year, began spreading outside of mainland China.

The spread of the virus has disrupted manufacturing supply globally and also caused panic among investors, weighing on consumer demand for goods and travel

In the midst of the virus outbreak, Saudi Arabia and Russia became entangled in a price war for oil, pushing prices per barrel down to the low 20s, which impacted energy linked stocks and credits globally.

Stock markets have erased year-to-date gains, and all portfolios are now negative for the year. Much of this was due to what market strategists dubbed a “cash crunch;” namely, that large institutional investors began liquidating all asset classes to meet cash needs, which resulted in the sell off of even more “stable” asset classes such as gold and fixed income.

Our portfolios have exhibited the volatility we expected in designing them; namely, the more aggressive portfolios had the biggest swings, while our very conservative portfolios exhibited much more stability. In the last few weeks of March we’ve seen a sharp rebound in markets, which have partially offset losses earlier in the quarter, as governments and central banks have stepped in with trillions in stimulus packages

We expect continued market volatility in the coming months until we see some stabilization and control over the Coronavirus outbreaks, specifically in the U.S. and Europe.

Wahed continues to adhere to the time tested philosophy of investing with a long-term time horizon and cautions against reactionary responses to market sell-offs in attempts to ‘time the market’. 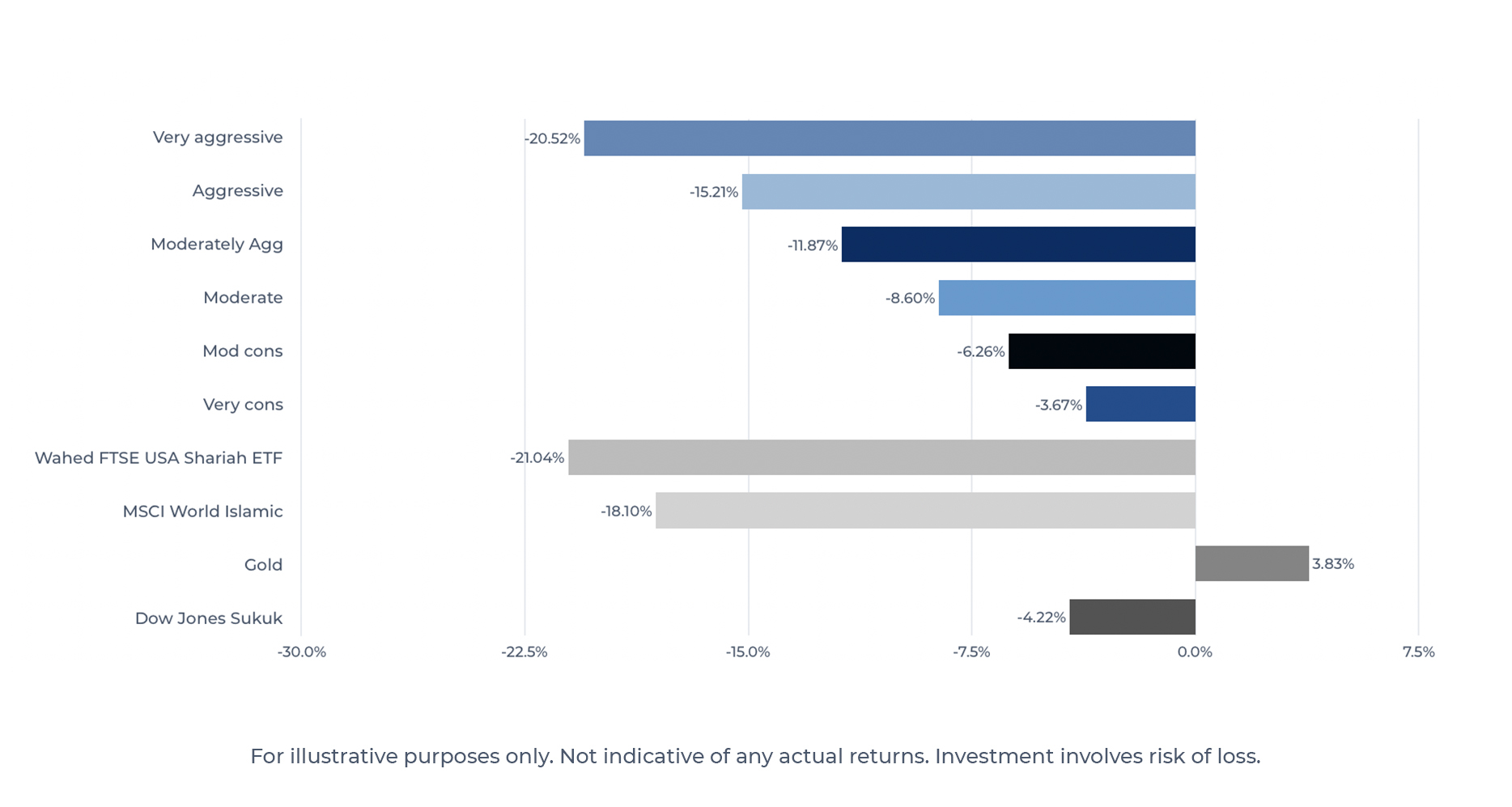