Despite the continuing spread of coronavirus globally and resultant weak economic data, markets continued to recover from Q1’s pandemic-related sell-off, largely due to the slowing growth of new cases and early reports of promising treatments related to the virus.

As of April 30th, the U.S. unemployment rate reached 14.7% and was expected to worsen by the June jobs report (though unemployment actually fell); further, second quarter GDP is expected to contract sharply due to the continued shutdown.

Defensive equity sectors such as consumer staples, utilities and health care were more resilient and had positive earnings growth during the month. High demand for technology, driven by increased remote interactions, helped to keep earnings in the IT sector robust. Meanwhile, financials, energy and discretionary consumer products were the worst hit sectors.

In the United Kingdom, Q1 GDP fell by 2.0% as the UK government announced further plans to continue to gradually reopen more sectors of its economy. While emerging market debt performed well during the month, large increases in coronavirus cases in India and Brazil have put pressure on emerging markets equities.

The sukuk and gold funds in our portfolios posted positive returns for the month, up +2.25-2.5% in USD and +4.5-4.75% in GBP, respectively, due to central bank easing and increasing demand for ‘safe haven’ assets.

In Malaysia, Bank Negara (central bank) projected 2020 GDP growth to be between -2.0% and +0.5%, but this growth forecast assumed only a 1-month lockdown period, which has since been extended to May 12th. Since May 4th, however, more sectors were allowed to open up subject to strict operating procedures. Year-to-date, the glove sector maintained its outperformance in the local market. 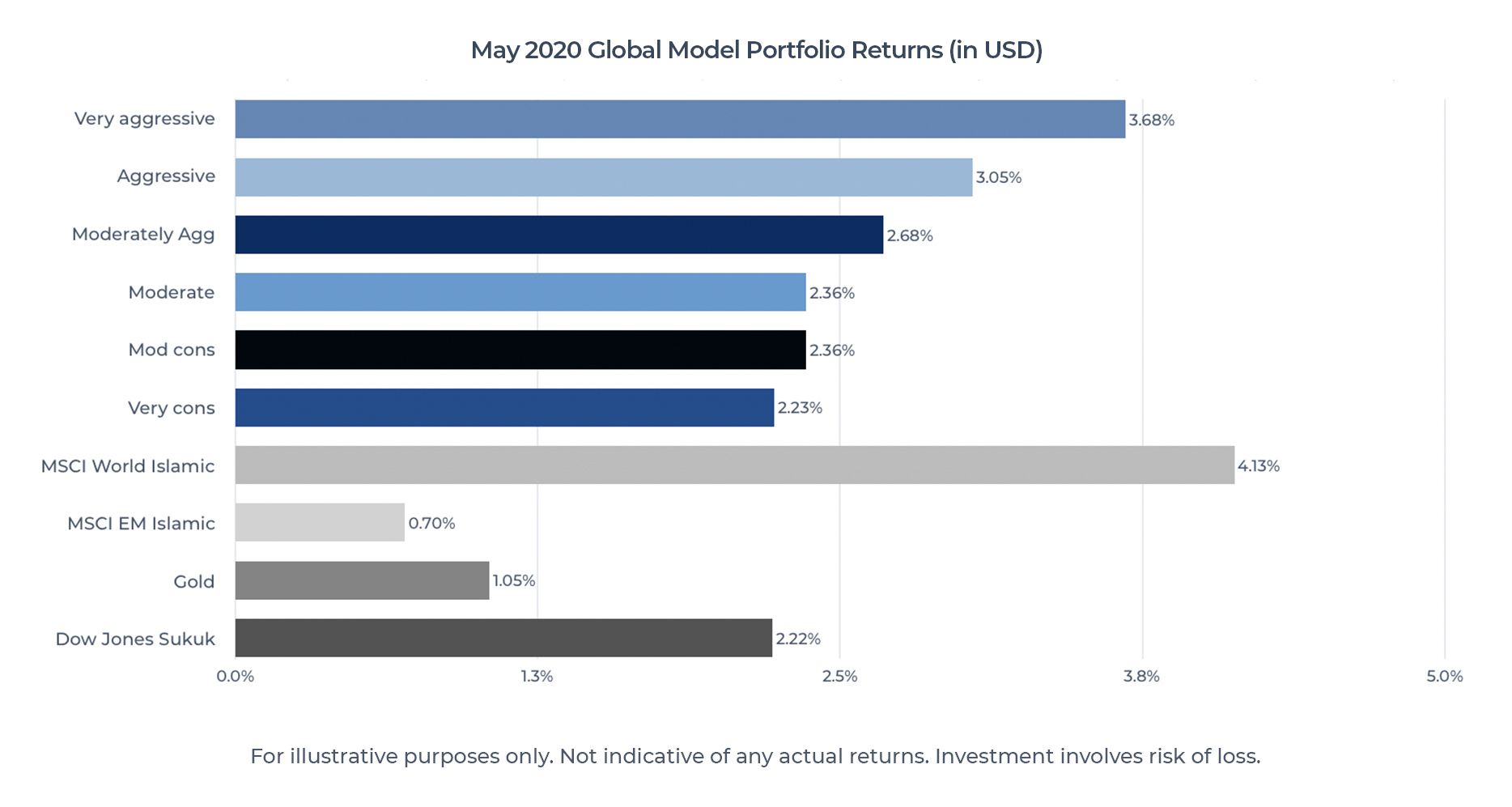 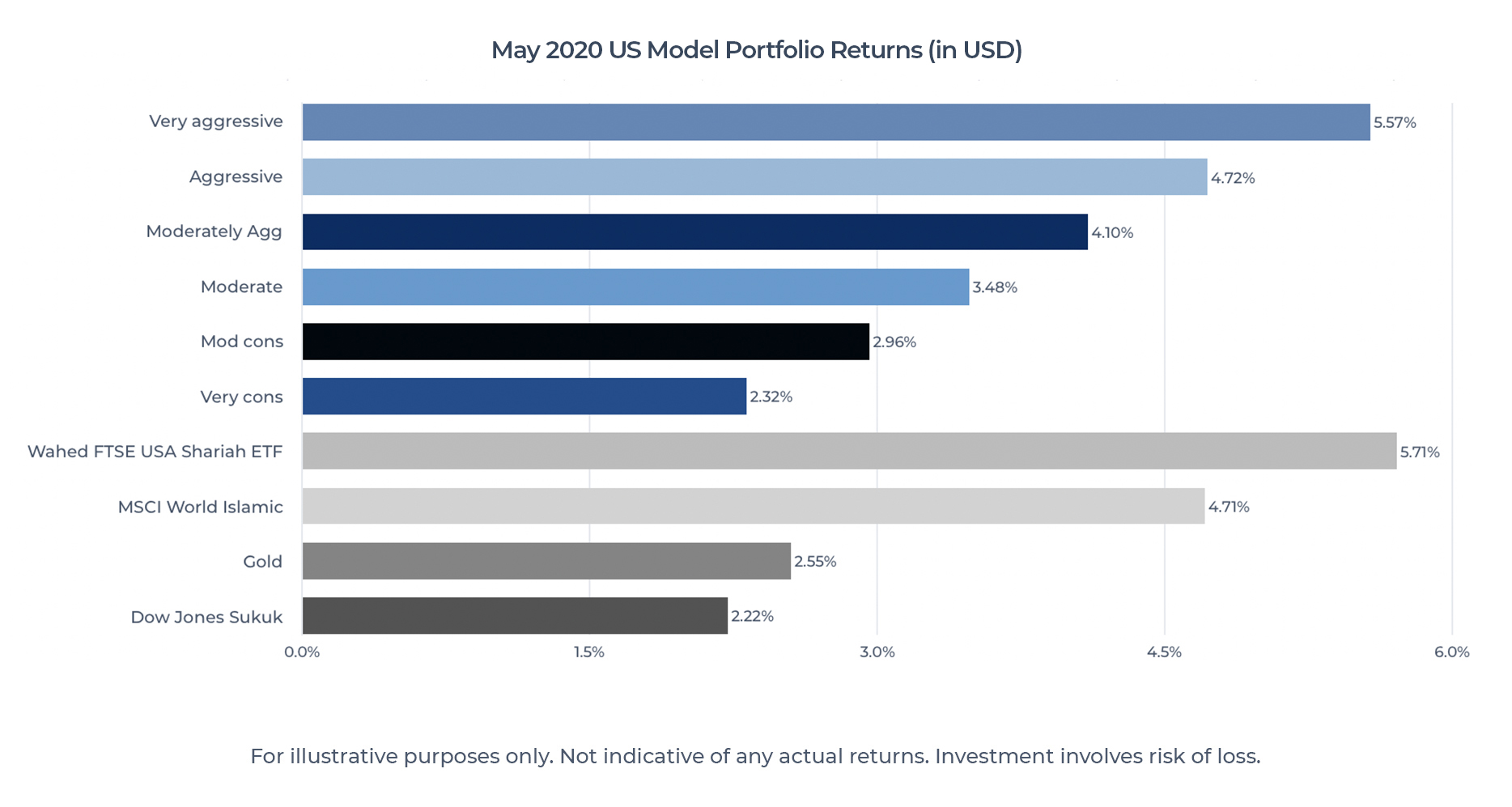 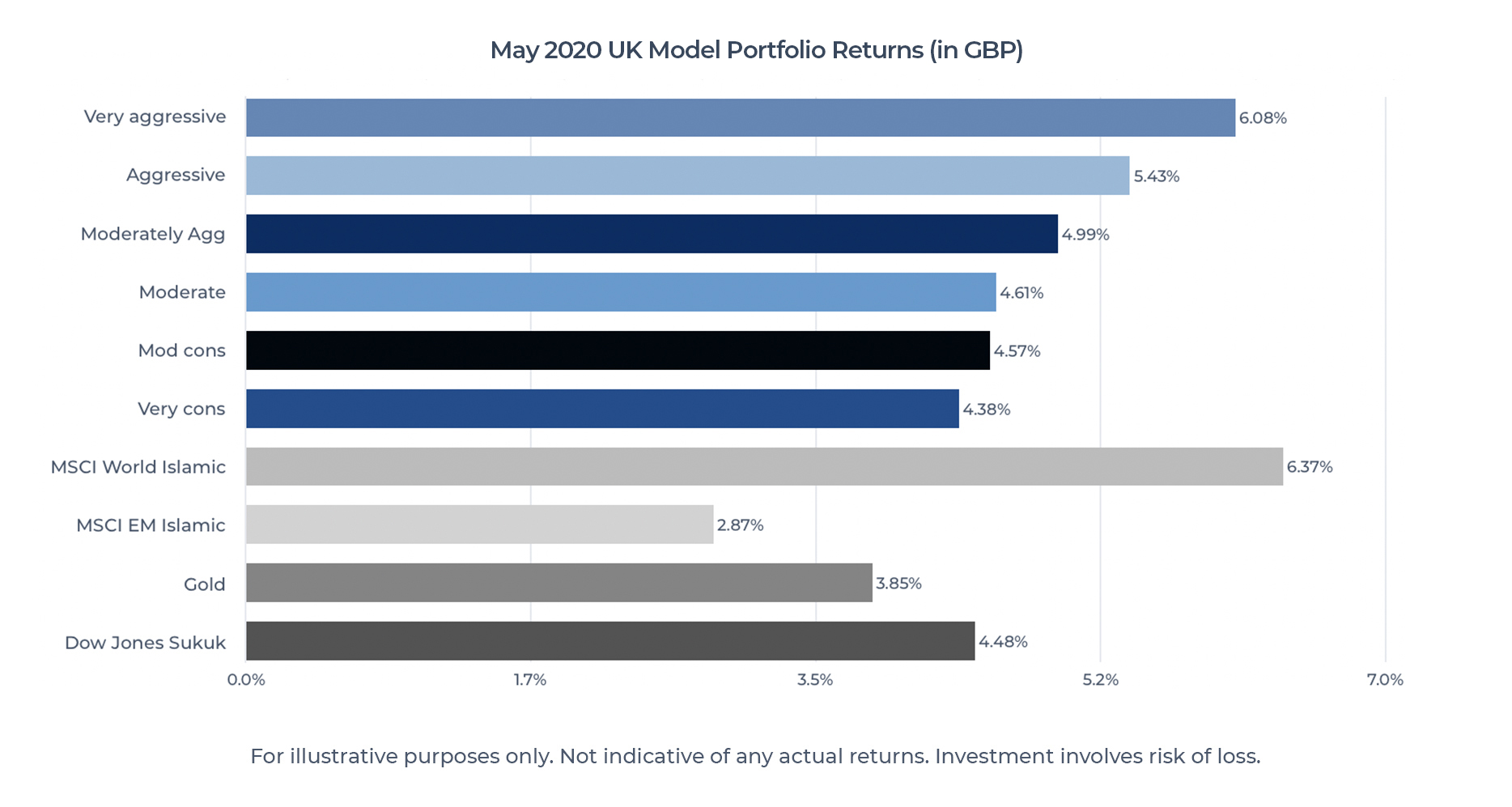 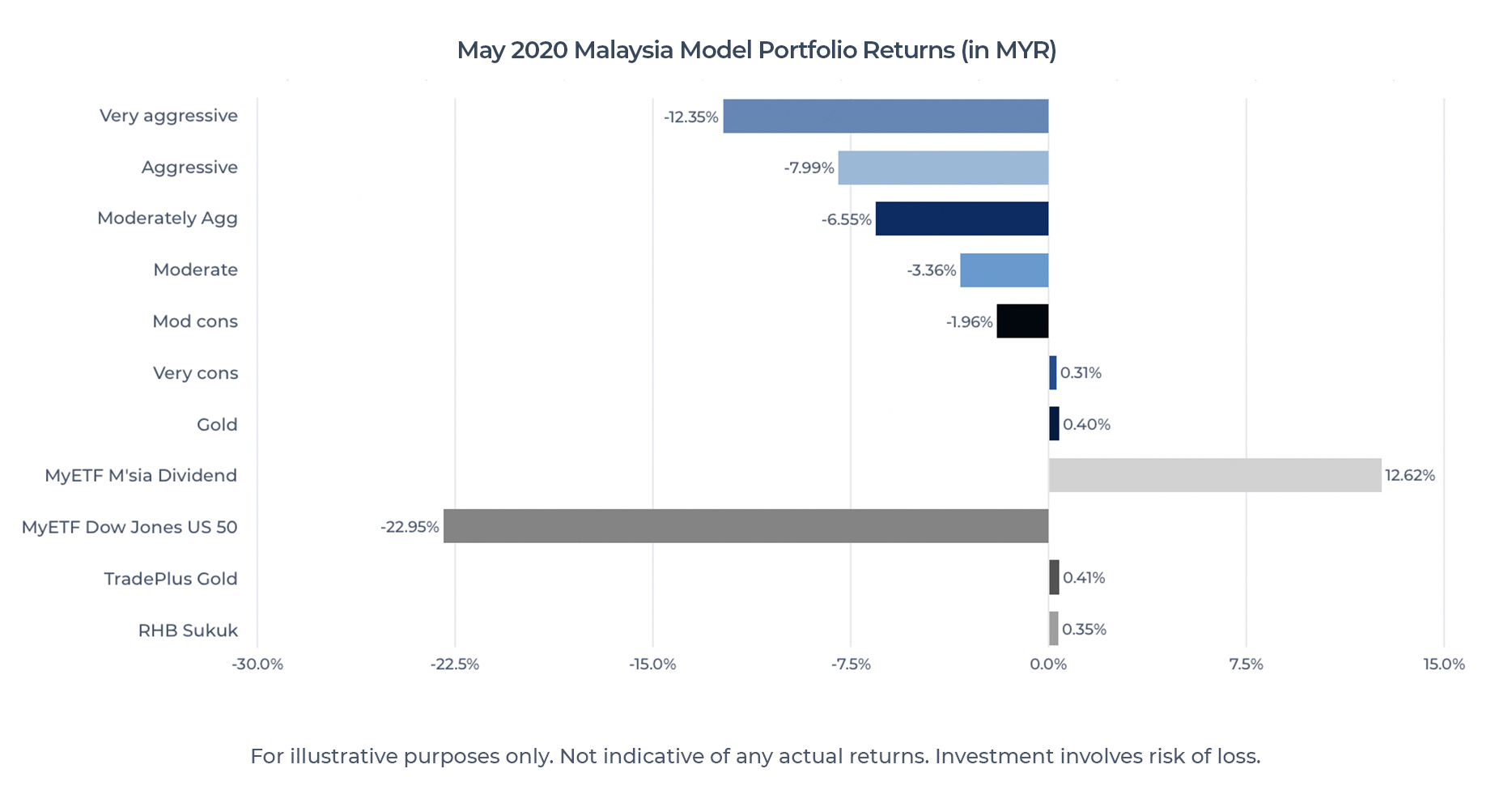