Overall, March saw a rebound across global stock markets, but there were various counteracting forces in motion.

Much of the conversation between market-watchers has centered around whether inflation will reach unhealthy levels, given the large injections of money into the economy via fiscal stimulus, an expected uptick in consumer spending, and rising oil prices. Jay Powell, Chairman of the U.S. Federal Reserve, eased those concerns during the month by indicating that the Fed has no plans to hike interest rates through 2023 as he and the Fed board do not see rising inflation as a major risk to the economy.

In the U.K., the British pound strengthened against the U.S. dollar. The exchange rate increased as high as 1.41, levels not seen since early 2018, as the U.K.’s economy continued in the second month of its post-Brexit path. 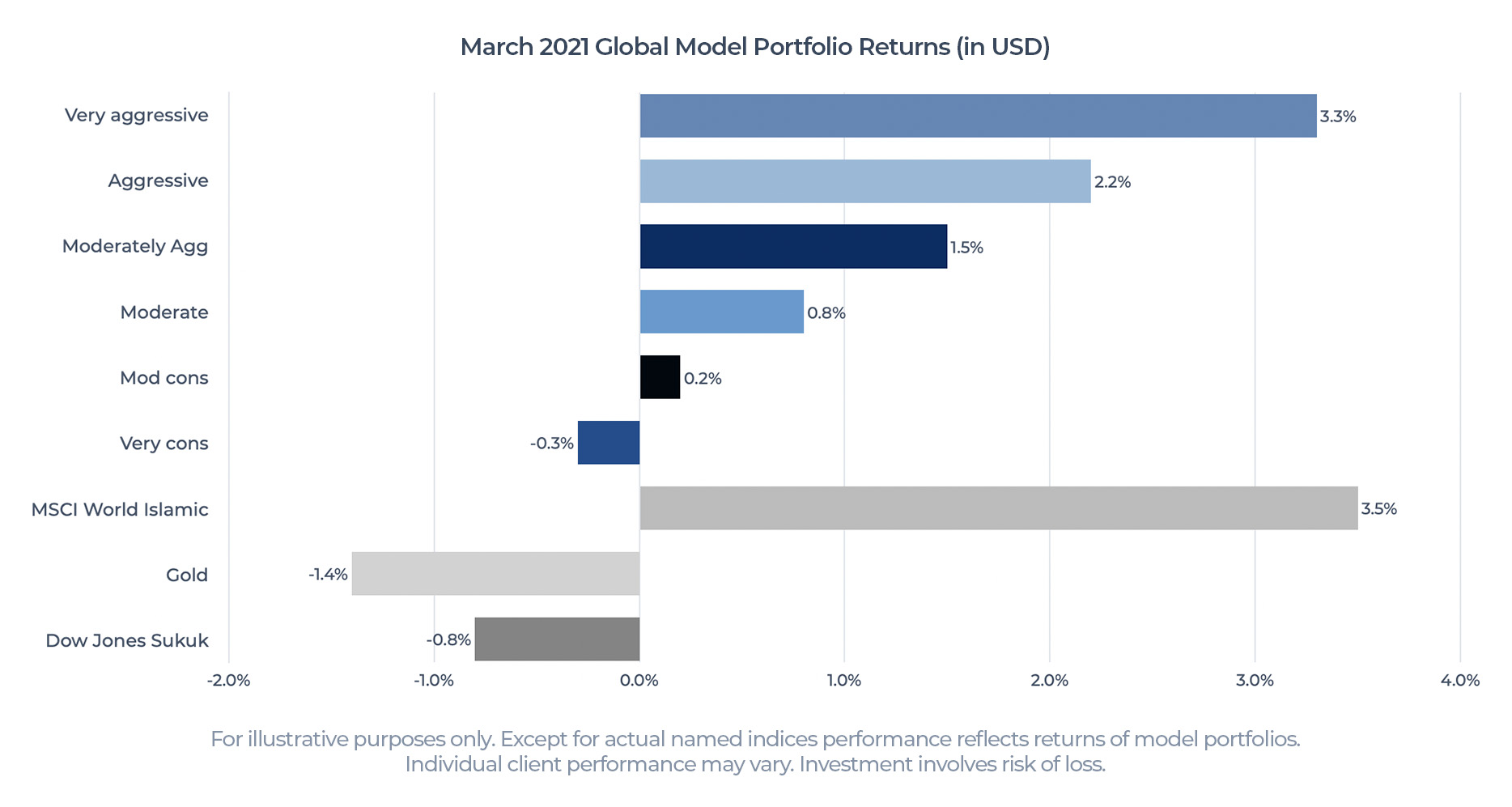 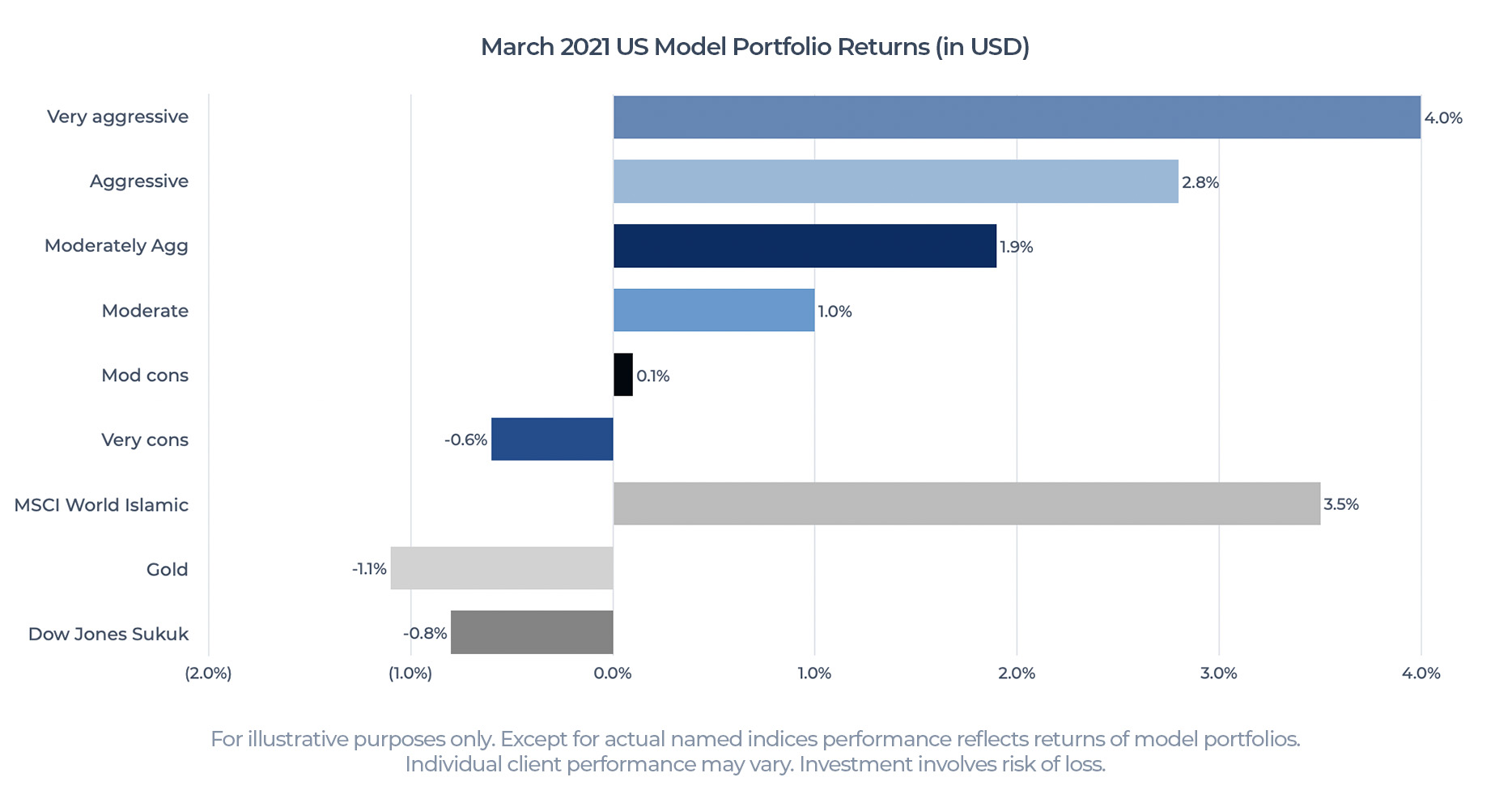 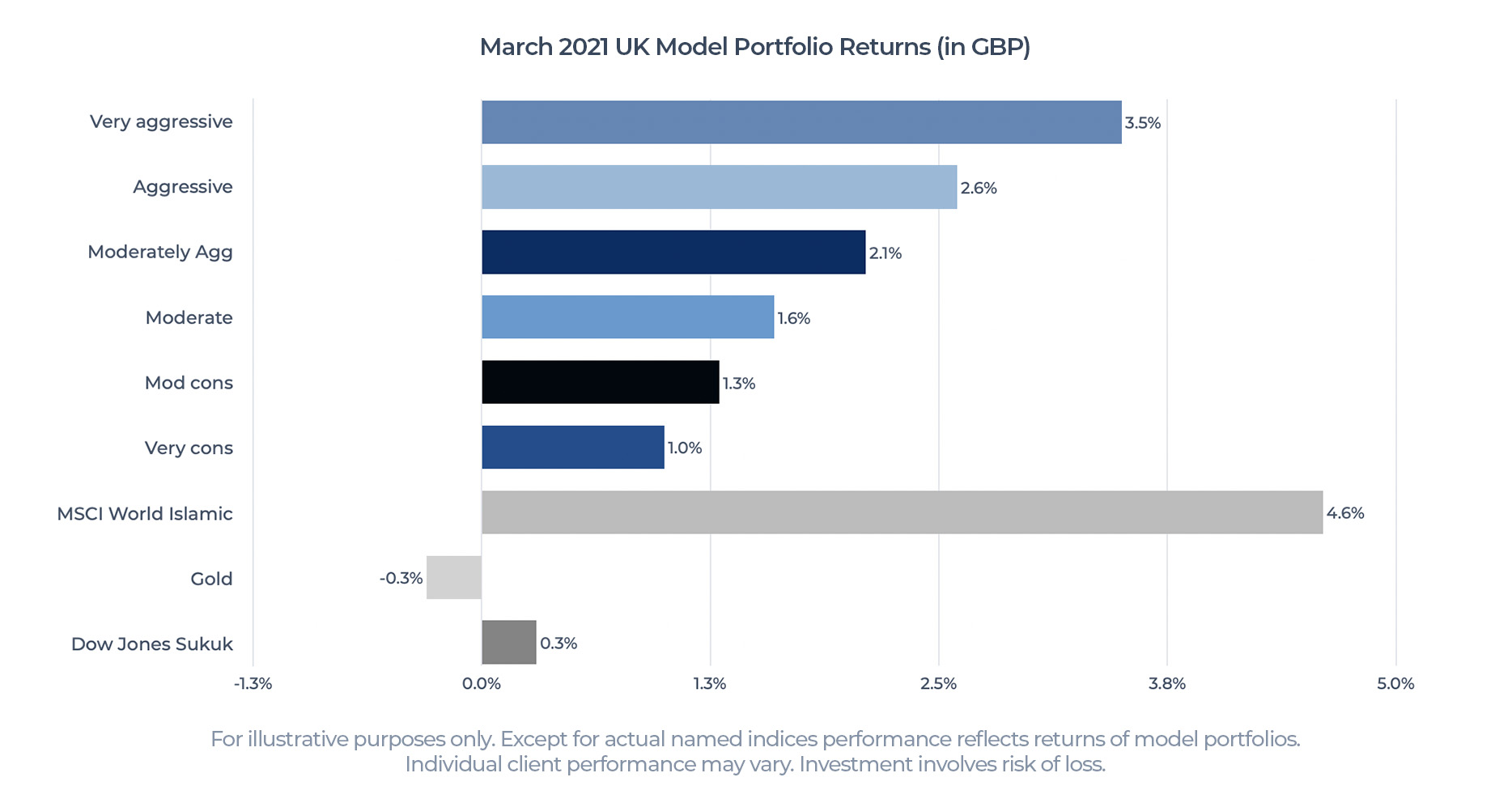 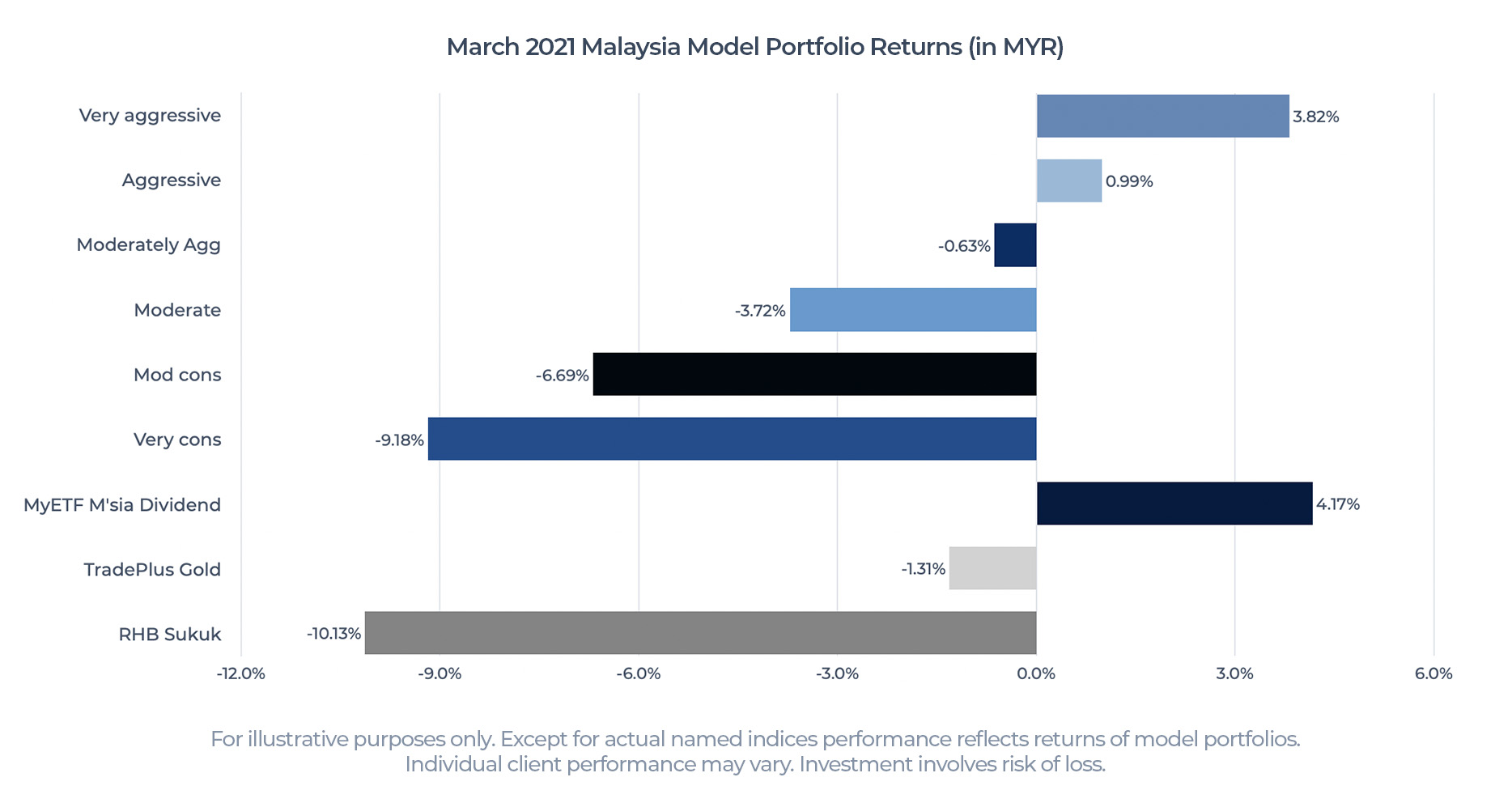