Outside of the United States, the overall drop in COVID-19 infections and increased vaccine rollouts helped fuel stocks higher, though the South African and Brazilian COVID-19 variants are still cause for concern as vaccine efficacy on these new strains are not yet completely understood.

In the U.S. new government fiscal packages and recent manufacturing reports show positive signs for a boost in the demand for goods and services, which bodes well for the recovery.

Though indices such as the S&P 500 were up in February, tech stocks suffered the significant losses, which impacted shariah compliant funds that have high allocations in the technology sector.

In the UK, vaccine progression is robust with about 20 million residents vaccinated thus far. The British pound has also strengthened to multi-year highs, which have weighed on the largely dollar-denominated funds in portfolios.

Despite the concern in markets, we believe periodic corrections and repricing of assets are positive, as the rally over the past 12 months has been furious and often exuberant. We expect continued volatility which may rattle day traders, but should not impact investors with a long-term investment outlook. 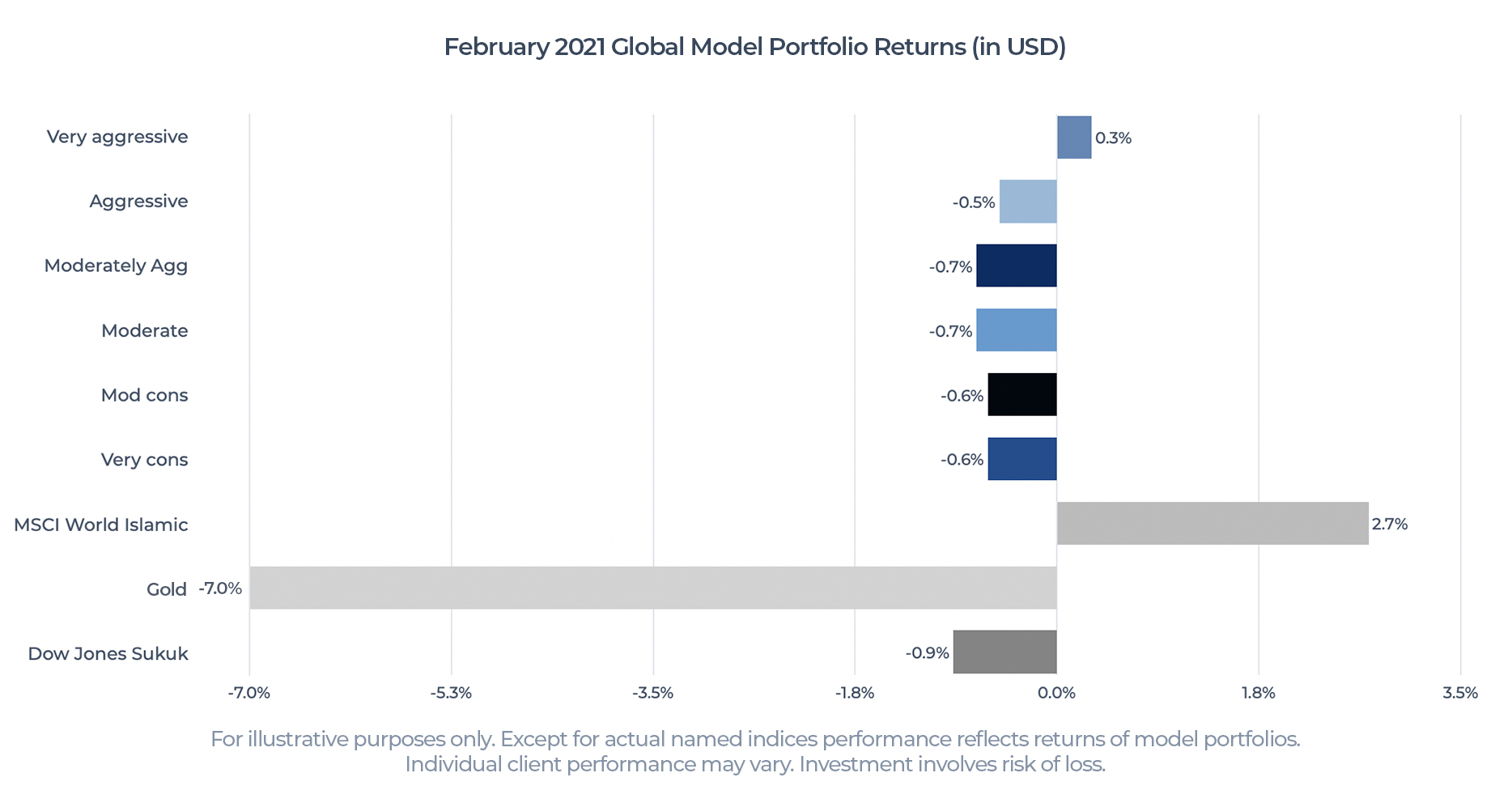 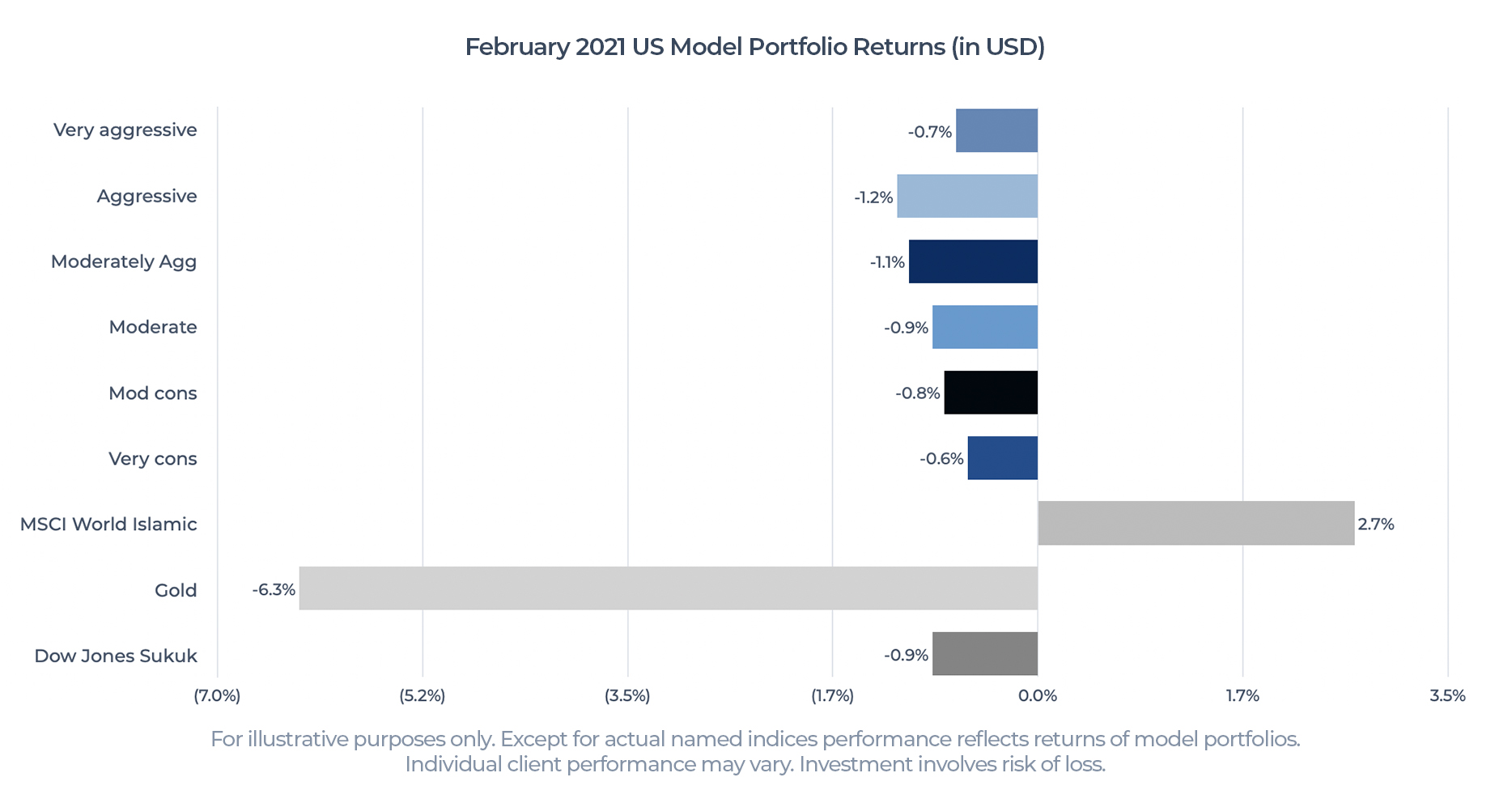 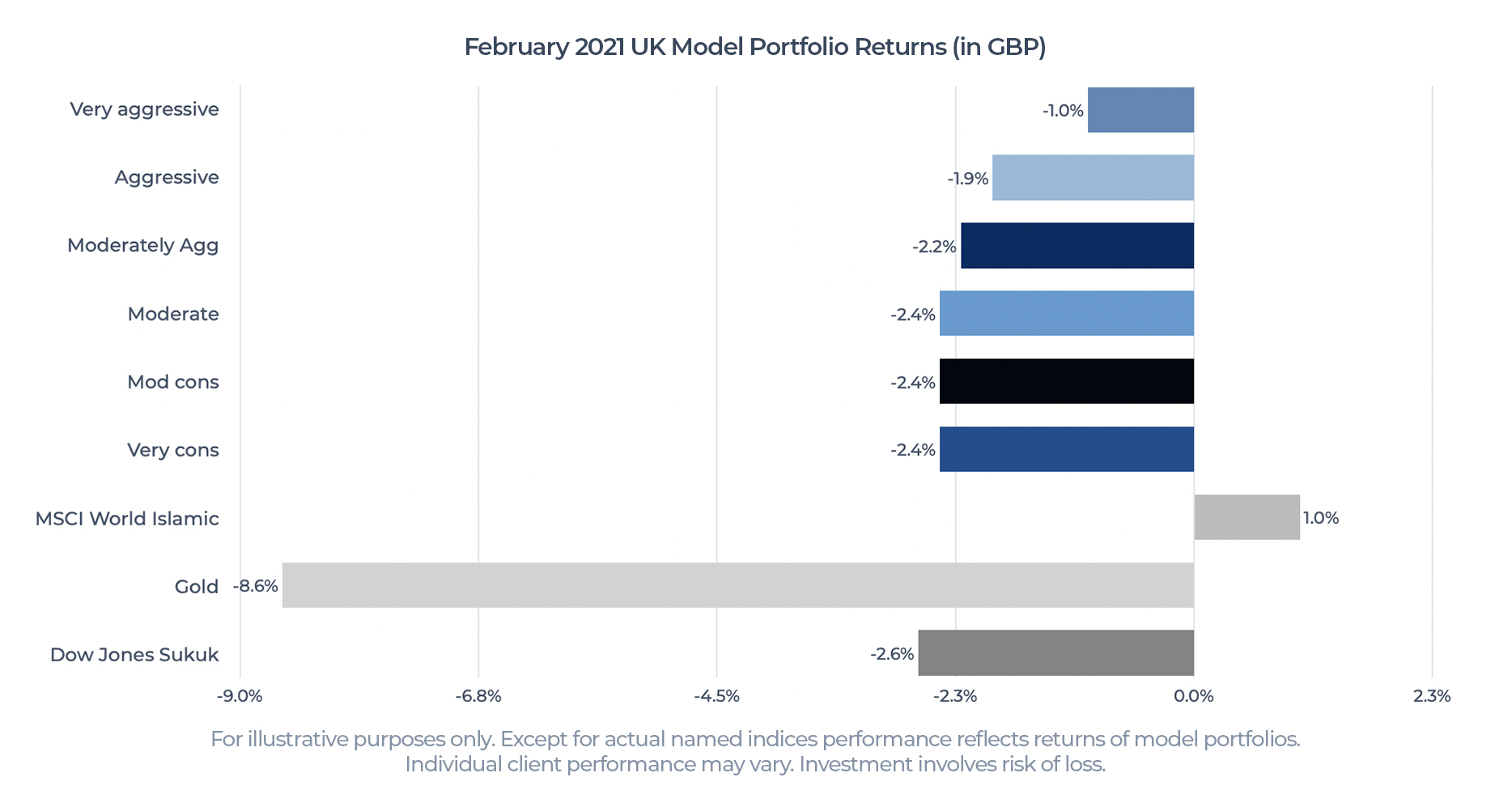 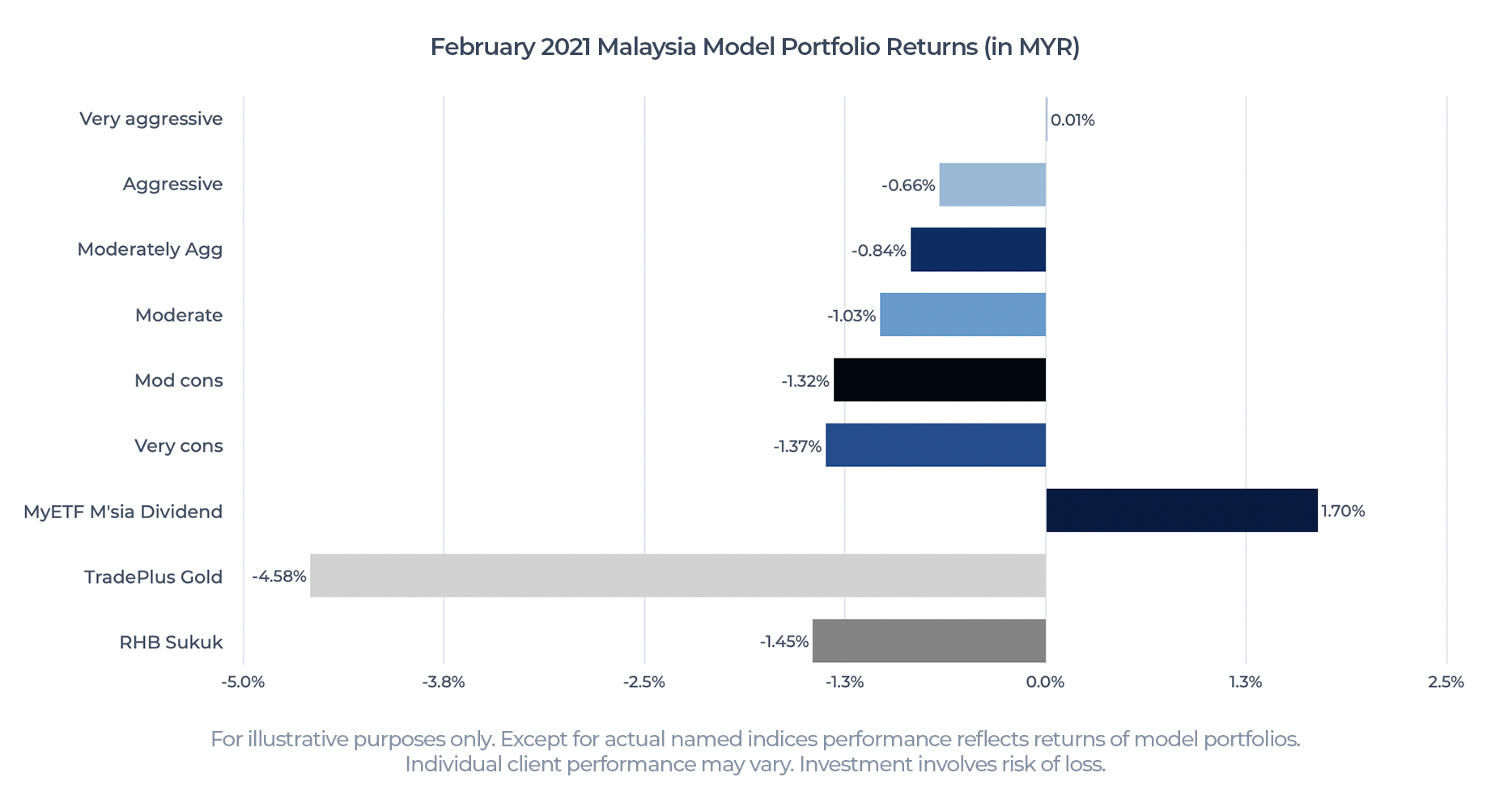