Despite continued uncertainty around a COVID19, equity markets continued to push higher in August; global stocks were up mid-single digits, led by U.S. stocks which rallied +10% last month alone, bringing year-to-date returns to +15%.

The August rally erased all of the coronavirus-related losses in U.S. equities during the first quarter of 2020. U.K. and European stocks have lagged behind the U.S.and Emerging Market rallies. The dollar continued to weaken against the British Pound, slightly offsetting the positive returns for the month.

The technology sector has led the rally, as the digital economy and services providers have benefitted from an increased reliance on their platforms since quarantine orders across developed markets. Retail investors also accounted for the strong demand in stocks such as Apple and Tesla, which announced stock splits to lower the dollar price of their shares.

The surge in gold cooled off in August, as it was slightly down for the month (-0.4%). Still, gold has returned roughly +30% year to date and remains an important part of our global portfolios. Prolonged periods of low interest rates and a weakening U.S. dollar should provide continued support for gold prices going forward.

Much of the strength across asset classes has been due to the Federal Reserves’ open-ended commitment to keeping interest rates low and buying trillions of dollars worth of bonds. This massive injection of money into the economy is the main catalyst behind stock indices reaching all time highs, even as retail businesses suffer and millions of people continue to file for unemployment.

Nonetheless, partial reopenings across the United States and Europe have seen a bounceback in economic activity, perhaps explaining the markets’ seeming optimism around a sharp recovery following the pandemic. 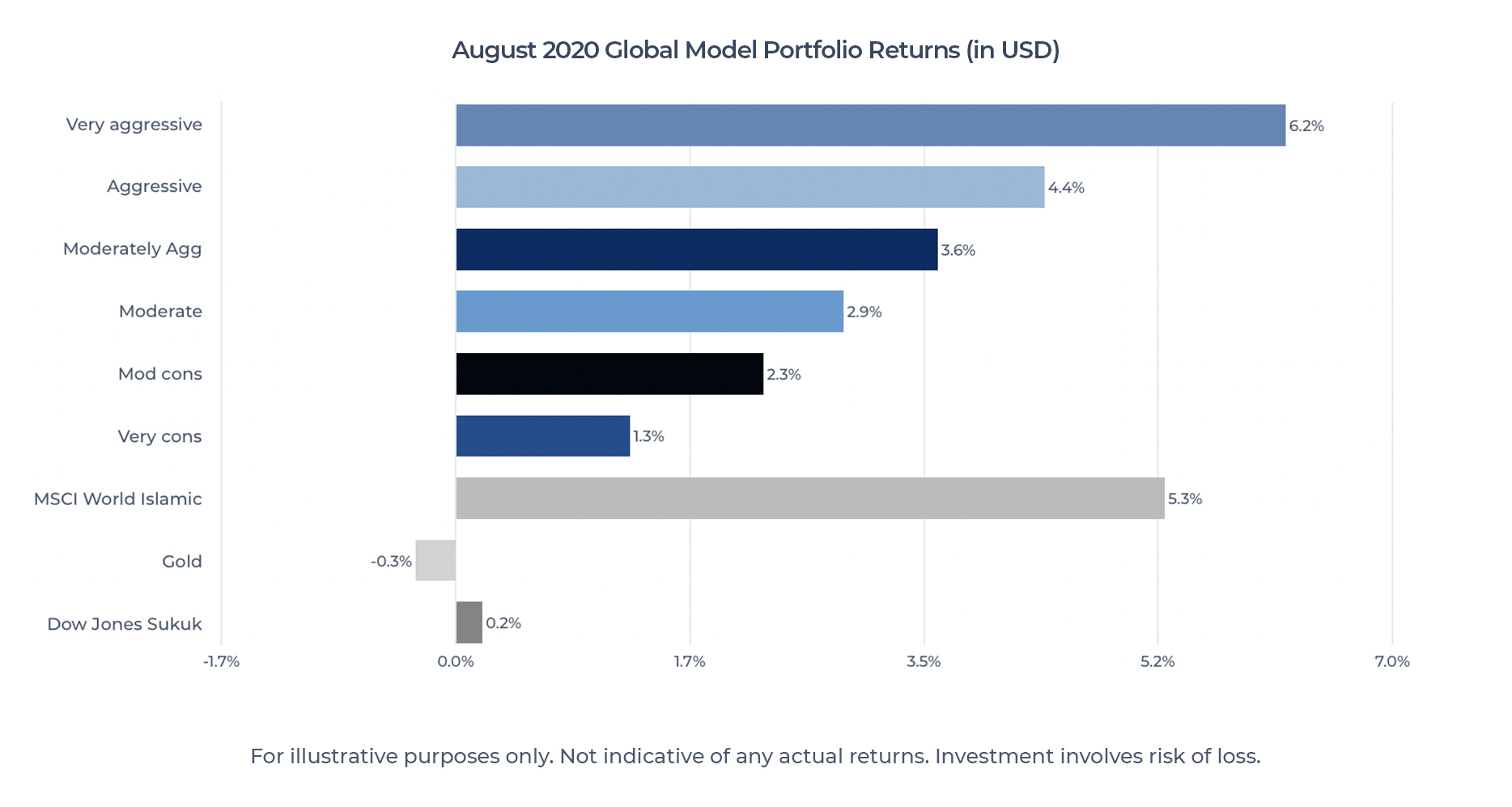 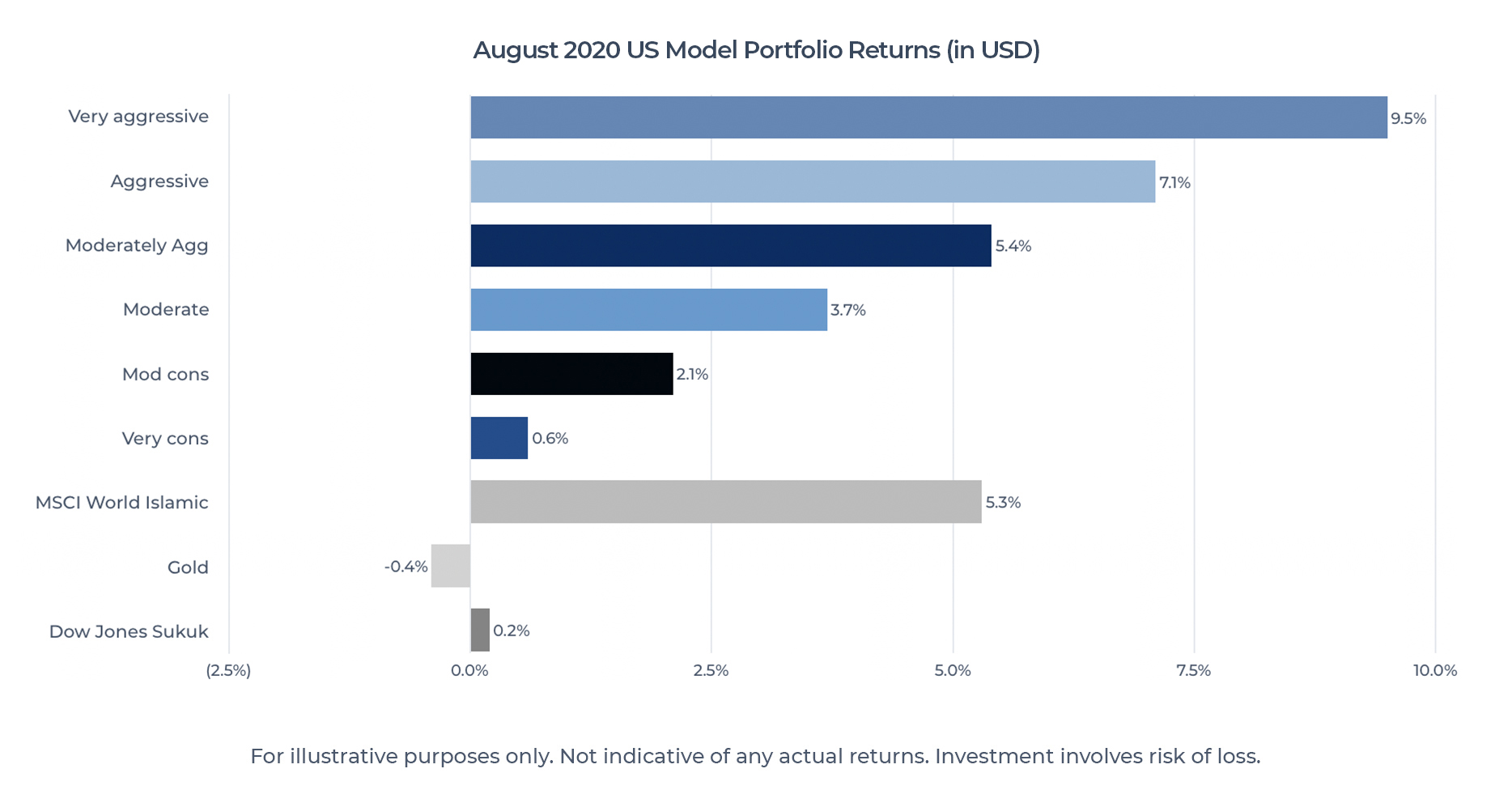 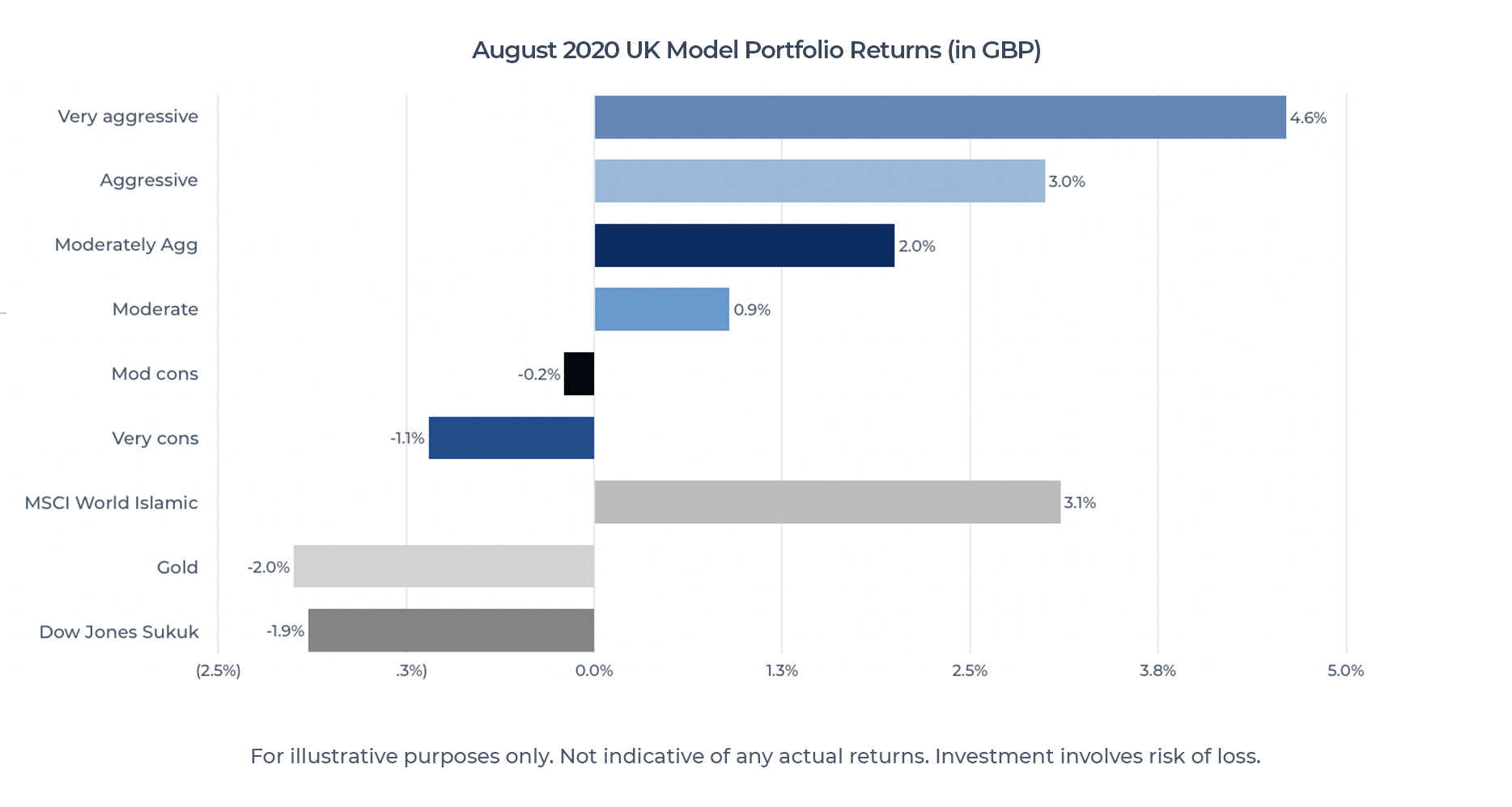