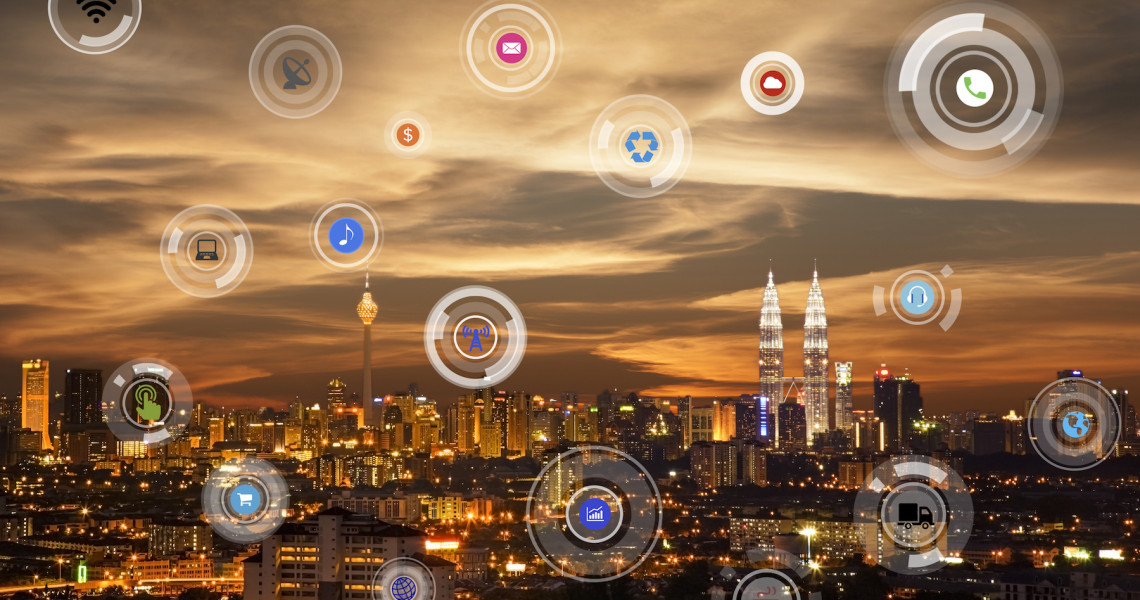 The last decade has seen the economy increasingly shift away from centralized organizations, where large operators, often with influential positions, were responsible for providing a service to a group of consumers. Today, we are moving towards decentralization, where large operators provide platforms for underutilized resources of multiple people to provide a service to a much more active group of consumers at a discount. It embodies the evolution of lean organizations that do not require private office spaces, substantial assets, or many employees.

New technologies have emerged that allow for the exchange of value in a secure and decentralized manner, without the need for an intermediary. Blockchain technology, for instance, facilitates the emergence of new forms of organizations, which can support a much more cooperative form of users who work as contributors and shareholders of these platforms. And since there is no intermediary, the value produced within these platforms can be more equally redistributed among those who have contributed to the value creation. This shift could change the way wealth is distributed in the first place, enabling people to cooperate toward the creation of a common good, while ensuring that everyone will be duly compensated for their efforts and contributions. With this new opportunity for increased ‘cooperativism’, we are moving toward a true sharing or collaborative economy.

A myriad of businesses that share resources and surpluses of assets are sprouting all over the globe. Many are the new technologies these businesses use to drastically reduce transaction costs. The new technology radically changed the optimum size of firms. More activities were left up to the market, and therefore outsourcing became widespread in several industries. Besides, it made it profitable to use idle resources, such as empty rooms and unused cars, and this created competition, morphed existing practices, and threatened some established industry structures. So the sharing economy has not birthed many truly novel services, but has harnessed technology to connect buyers and sellers who otherwise would not have connected. This is not the end of free enterprise as we know it. The sharing economy is just a fundamental shift in the way individuals cooperate.

As such in order to achieve the vision of prosperity and economic progress, mechanisms for ensuring trust, honesty and cooperation are required. Trust and cooperation are important in reducing inefficiencies and waste of shared exhaustible resources. Social norms, including religious rules like Islamic principles, on consensus-building and cooperation in mutual aid provide a core to build around and self-enforce such mechanisms.

Cooperation in the Sharing Economy

The Sharing Economy matches under-utilized assets with potential users. Uber and Airbnb have transformed idle assets (inventory) into economic value — by drastically changing social behavior and replacing transaction costs in order to match users with the assets. In the Sharing Economy, people must become comfortable enough trusting others that they will forego the expense of insurance contracts, lawyers, security systems and even private ownership enforcement, to enjoy the benefits of sharing assets.

The global population has become entrenched in the dominant ownership mindset. People are wading through an asset-heavy lifestyle engendered by the rise of hyper-consumption with material possessions, most of which is not really wanted, needed, or even used. While established businesses continue to pound consumers with various iterations of the same proven formula — create product, sell it, make profit, repeat — a new, grassroots model of doing business is emerging, providing consumers with the power to get what they want and need at less personal and environmental costs.

When cooperation breaks down, investment stops and markets stop working — for cooperation involves the expectation that another person (or institution) will perform actions that are beneficial to each other, without having to monitor those actions.

The Qur’an underlines this as :

“The relationship between one believer and another is like a structure, parts of which support other parts,” and he interlaced his fingers. (Sahih al-Bukhari, 467; Sahih Muslim, 2585)

In Islam, every human being needs the cooperation (muwasaat) of others to lead a pleasant and comfortable life. Man can never acquire happiness by remaining aloof from others. As a matter of fact, cooperation with one another in good deeds guarantees the progress of human society — in accomplishing good tasks, like helping the disadvantaged, building schools and hospitals, etc. Muslims are encouraged to get acquainted with the needs and difficulties of one another, and remove them as far as possible.

Solidarity in Islam means helping one another, standing shoulder to shoulder, supporting and advising one another. That includes enjoining what is good, forbidding what is evil, calling and guiding people to that which will lead to their happiness and salvation, in this world and the Hereafter. Solidarity also includes teaching the ignorant, helping the destitute, supporting the one who is wronged, stopping the wrongdoer from wronging others, establishing God’s law, maintaining security, stopping wrongdoers and mischief-makers, providing safe means of transportation by land, sea and air, and providing means of communication, both land-based and wireless, so that their common worldly and religious interests may be achieved, and so as to facilitate cooperation between people in everything that may establish justice and security.

Apart from spiritual and afterlife benefits in cooperation, it should also be noted that individualistic and uncooperative behaviors will lead to the tragedy of commons where a public good or shared resource is involved. This leads to selfishness and a sense of self-entitlement without regard of the needs of others, which is highly incongruent to the key components necessary in any economy, including the sharing economy.

In order to achieve sharing-specific benefits from the applications beyond what is possible with traditional solutions, existing forms of cooperation, like industry associations, intensive cooperation between suppliers, manufacturers, customers, and other parties is necessary. This allows the sharing ecosystem to grow beyond traditional industry benefits. Cooperation allows specialization and thereby promotes economic diversity through disruption to the next level of modus operandi. Cooperation is the secret behind the open-endedness of the evolutionary process of our economy as well as biologically as a species. Perhaps the most remarkable aspect of evolution is its ability to generate cooperation in a competitive world. Or perhaps it has been ordained as such through our traits as social animals. Only short-term thinking and hasty profits affect cooperation but even so, we learn from such mistakes, create laws and regulations to get back on the saddle.