Our portfolios performed strongly in the month of August and directionally in line with their expected level of volatility. Equity market performance was broadly additive to all portfolios, with the exception being losses in Emerging Markets and continued Gold weakness; a higher gold allocation was a drag on overall performance in the moderately aggressive portfolio, as compared to the moderate portfolio, despite the higher equity exposure.

August was broadly a positive month for equity markets, despite some headline noise from the White House and Emerging Markets. The biggest headlines were around continued trade war rhetoric between the U.S. and China, as each instated additional tariffs on imported goods.

Additionally, geopolitical tensions between the U.S. and Turkey flared up which resulted in a massive sell-off in the Turkish Lira and Emerging Market Equities broader.

Nonetheless, the equity market continued to shake-off broader concerns and rallied on strong economic data releases (U.S. unemployment came in at 3.9% and is expected to drop further to 3.8% according to street estimates) and a strong U.S. earnings season and upward revisions for estimates. The S&P 500 and MSCI World indices were up 3.26% and 1.45%, respectively, while Emerging Market equities were down -3% on the month.

After months of selling pressure, gold saw a minor rebound as short-selling subsided, however, it remains down -8% year to date. We’re looking to trim gold exposure, but believe it still plays an important diversifying role in portfolios, particularly in a potential recessionary market environment.

Despite the Turkey-driven sell-off in emerging markets, sukuk remained resilient, as the Dow Jones Sukuk Index was able to edge out a slightly positive return for the month. The sukuk portion of our portfolios also outperformed due to their shorter duration and high-quality bias, posting a +0.3% return for the month. 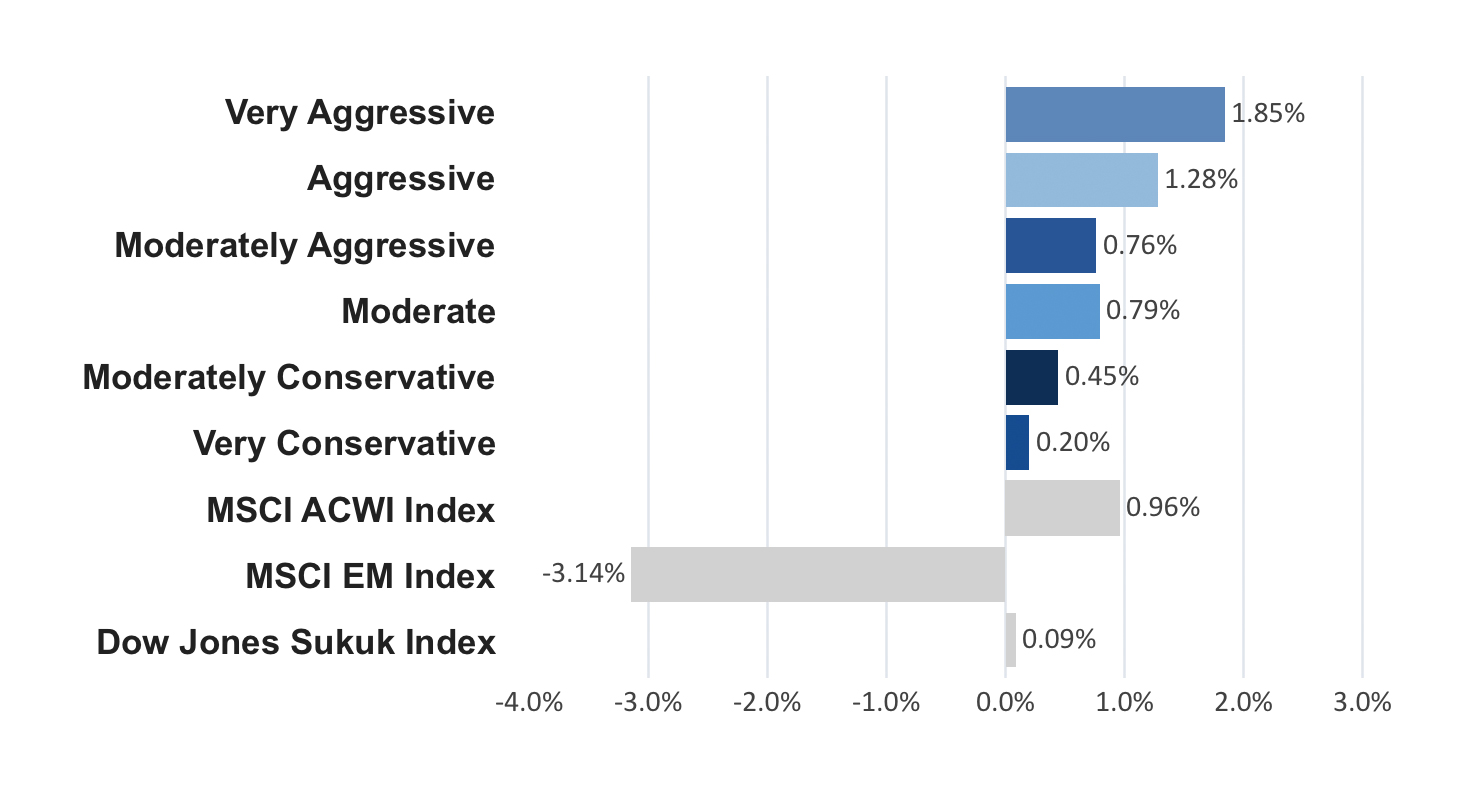 Source: Reuters as of August 31, 2018. Please note that performance shown are for Wahed model portfolios. Actual client performance will depend on timing of funding and intra-quarter drift from targets. Past performance is not indicative of future results