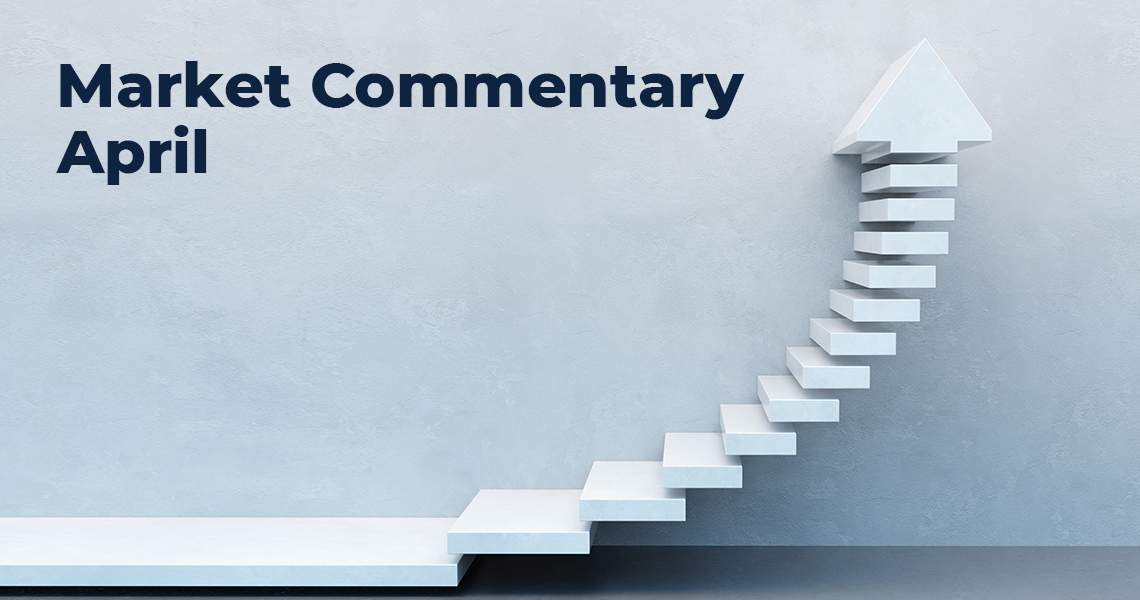 The European Central Bank (ECB) left key interest rate unchanged in its April meeting. The BoE policymakers unanimously voted to keep the bank rate steady at 0.75%, as expected. The Eurozone economy rebounded to 0.4% in 1Q19 from 0.2% in 4Q18 and inflation rose to 1.7% in April after slowing to 1.4% in the previous month. US GDP expanded to 3.2% in 1Q19 from 2.2% in 4Q18 due to robust consumer spending, rise in private investment and exports.

The US labor market remained healthy, with the unemployment rate falling to 3.6%. The US-China trade talks seem to be on the verge of conclusion as US trade representative Robert Lighthizer travels to China to resume trade talks to try and end the year-long trade dispute.

The global equity markets continued its upward momentum in April driven by positive economic data from the US and China. Equity markets edged higher on hopes of conclusion of US-China trade deal, better-than-expected earnings, and improved economic data.

The Dow Jones Sukuk Index rose marginally (up 0.3%) in April, after rising 1.2% in the prior month. Similarly, FTSE Sukuk Index, gained 0.7% during the month, after advancing 1.5% in March. Franklin Global Sukuk Fund A trimmed the returns to 0.6% in April after gaining 1.5% in the previous month.

Gold prices traded in a narrow range (down 0.7%) in April after falling 1.6% in March. During the month, the yellow metal edged lower on dollar strengthening and rebound in global equities made safe-haven assets less attractive. Positive trade talks between the US and China anticipated a quick resolution to the tariff war, which boosted appetite for riskier assets.

The EUR was almost flat (-0.02%) against the USD in April, after declining 1.3% in March. The currency recovered on upbeat Eurozone economic data and hopes for second Brexit referendum and a smooth Brexit deal. However, the currency was weakened by a dovish ECB tone.

GBP was flat against the USD in April, after falling 1.7% in March. The currency decreased further in last week of April following on reports that Prime Minister Theresa May’s Brexit talks with opposition leaders had stalled. The Sterling has been under pressure ever since the British parliament came back into session on April 23. Moreover, weak unemployment and wages data weighed on the currency. 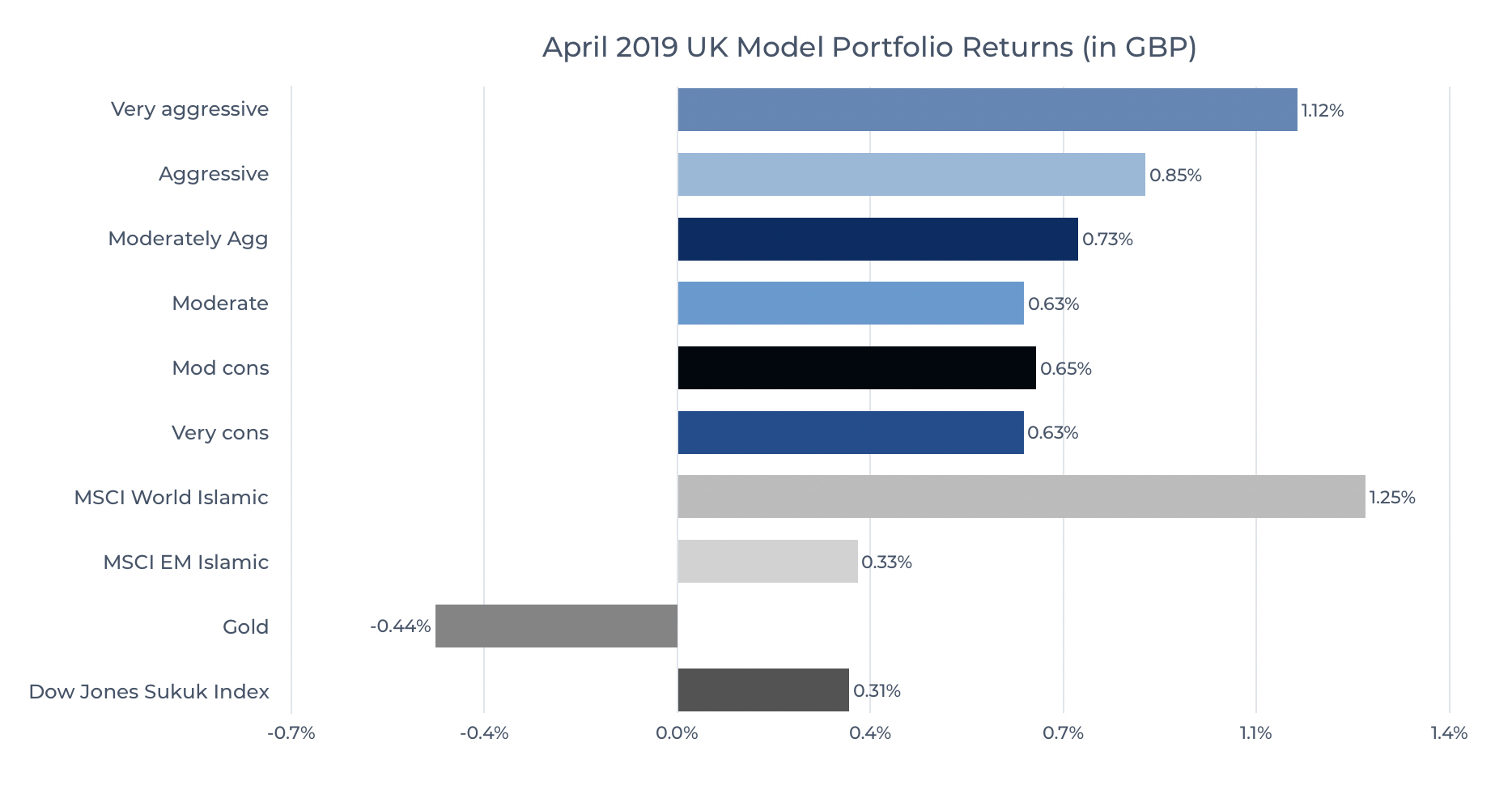 Source: Reuters Eikon as of April 30, 2019. Please note that performance shown are or Wahed model portfolios. Actual client performance will depend on the timing of funding and intra-quarter drift from targets. Past performance is not indicative of future results.